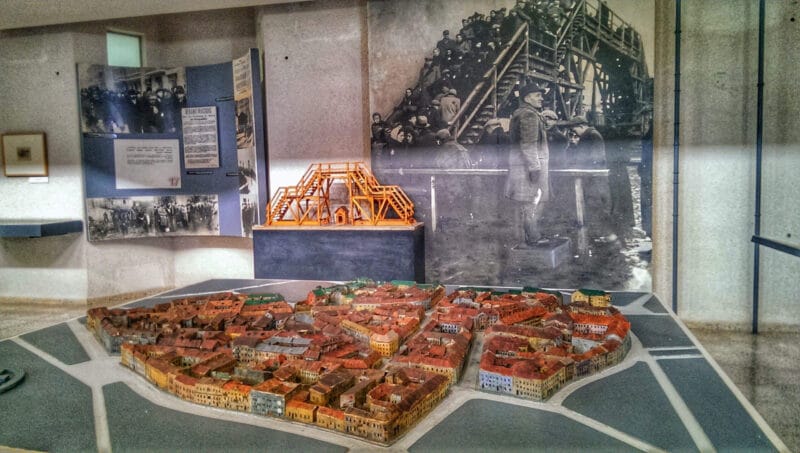 Located in Kibbutz Lohamei Hagetaot, 3 miles north of Akko, the Ghetto Fighters’ Museum (In Hebrew: ‘Beit Lohamei Hagetaot’) was founded in 1949 by Holocaust survivors on the grounds of the Kibbutz they established on the same year. Combined with the Chamber of the Holocaust in Jerusalem, The Ghetto Fighter’s Museum was the first museum commemorating the Holocaust and Jewish Heroism and resistance to the Nazis.  The Museum’s focus is the Jewish resistance in the Ghettos, the concentration and extermination camps, and partisan combat.

The Museum is open Saturday to Thursday, 9:00 to 16:00 (Saturday 10:00 to 17:00). It offers guided tours and educational programs for groups. Next to the museum is a remarkable section of an Ottoman-era aqueduct. Constructed in 1780 by Al-Jazzar, the aqueduct delivered fresh water from Kabri springs to Akko. It was operational until 1948.

A tour of the Ghetto Fighters Museum can be combined with a day tour in the north.

Contact us to inquire more about a private tour to the Ghetto Fighters Museum: