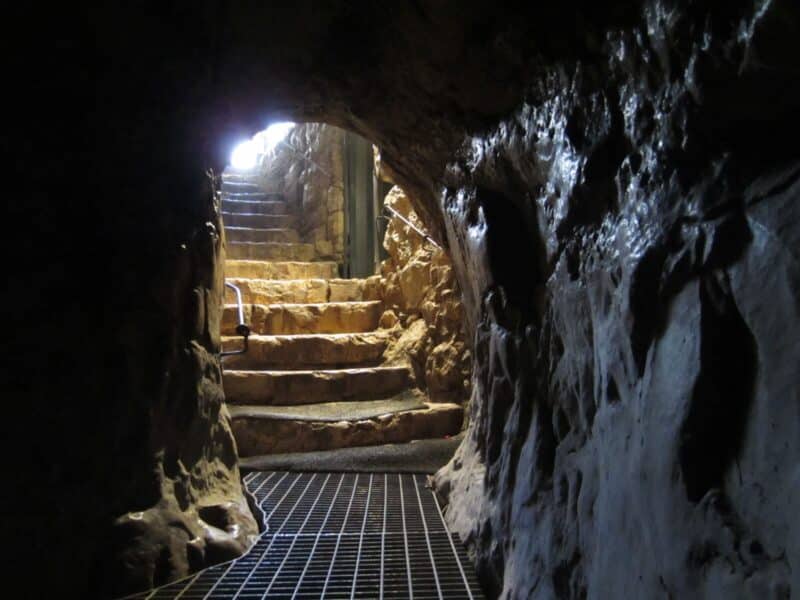 The Gihon Spring is an intermittent yet reliable source of water in the Judean Mountains. Being so, it caused human settlement around from prehistoric times, and to what became known as Jerusalem. The Canaanites dug a set of tunnels to and from it for agricultural use and security. During the Israelite period its waters were diverted through another tunnel to the southern end of the city, collected in the Pool of Siloam.

Gihon Spring in the Bible

The book of Kings records Solomon washing his anointing oil in the Gihon spring when he is crowned (1 Kings 1:33). The book of Chronicles records how later King Hezekiah blocked the spring’s outlet, and directed the water into the city (1 Chronicles 32:30).

Gihon Spring in the New Testament

The water diverted by King Hezekiah into the city filled a pool in the southern end of the city. Known as the Pool of Siloam, it was in use also in the first century. The Gospels documents Jesus healing a blind man at this pool (John 9). The Gihon spring itself is not mentioned in the New Testament, but in Christian times it was named also Fountain of the Virgin, as a local tradition argued Mary washed the swaddling clothes of Jesus at this spring.

Today the Gihon spring is part of the City of David National park and is accessed through the bent tunnel above Warren’s Shaft. Some will take the challenge in walking in these water through Hezekiah’s tunnel down to the Pool of Siloam.

Contact us to inquire more about a private tour the City of David: