Located in the southern part of Tel-Aviv, on the turn of the 21st century Jaffa’s historical railway station was well conserved and developed. Now it is a popular and fun outdoor shopping and recreational center. 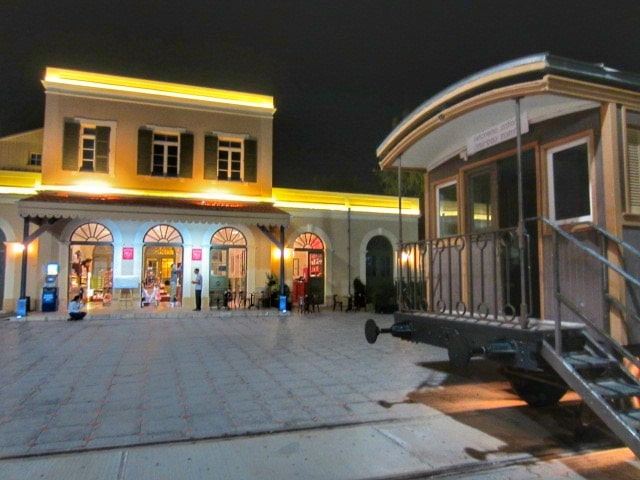 During the 19th century the port of Old Jaffa witnessed an un precedented growth of maritime traffic, mostly due to the use of steam engines in sailing. Growing numbers of pilgrims an were eager to reach the port of Jaffa so they could tour the Holy Land and its sacred destination. Obviously, Jerusalem was a prime destination, yet the carriage ride from Jaffa to Jerusalem was a winding and exhausting 9 hours journey. The Jaffa-Jerusalem railway, opened in 1892 covered that distance in less then four hours, and included lunch. Unfortunately, the train heydays were short. By the 1920s cars introduced a faster commute, and the station eventually went out of use. On the turn of the 21st century the municipality conducted a cleaver conservation project. Former warehouses were turned into boutique shops and eateries, and wooden railway carts invite visitors to enter and learn about the heritage of the site.

Nicknamed as “Hatachana” (The Station) Jaffa’s historical railway station is a short walk from Neve Tsedek. It is open every day of the week, including on weekends. Thursday evening is the best time to visit, when fashion designers gather for an outdoor trade show, accompanied by live music. Vegans will also appreciate the Organic food fair on Friday morning.

A tour of the site can be combined with a guided day tour to Jaffa and Tel-Aviv.