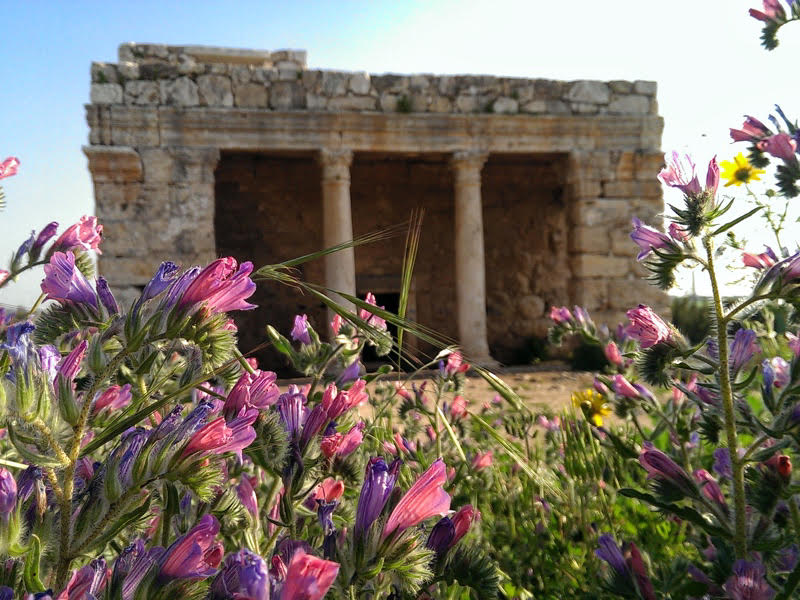 Located 12 miles east of Tel-Aviv, the Mazor Mausoleum is possibly the best-preserved building in Israel from Roman times. Having two burial coffins (sarcophagi), archaeologists suggest it was Roman tomb, yet it also has a room for growing pigeons (Columbarium) an incomplete stairway. Later, the Muslims added a prayer niche (michrab) in its southern wall, turning the site to a Holy Muslim tomb mark (Maqam) of Neby Yahyah, the Muslimized figure of John the Baptist. The building also functioned as a mosque until 1948.

Where was John the Baptist Buried?

The New Testament documents the gruesome execution of John the Baptist (Mark 6:14-27) and that he was later buried, but the location of his burial is not given. Christian Byzantine tradition argues he was buried in Samaria, yet another Byzantine tradition maintains that his head was placed on Mount of Olives and was later taken to Constantinople. Muslims claim his head was taken to Damascus. Quite a few more church and monasteries claim to have parts of his body: Jerusalem, Antioch, Alexandria, Amiens (northern France), Munich, San Sebastian church in Rome, as well as churches in Rhodes, Malta, and Montenegro. In summary, John the Baptist rests in pieces.

The Mazor mausoleum is on the side of Israel’s main high-way, Road 6. It can be reached from Nachshonim interchange, or through road 444. In the springtime beautiful carpets of wildflowers blossom around the monument.

A tour to Mazor Mausoleum can be combined with a day tour in the north.

Contact us to inquire more about a private tour to Mazor Mausoleum: