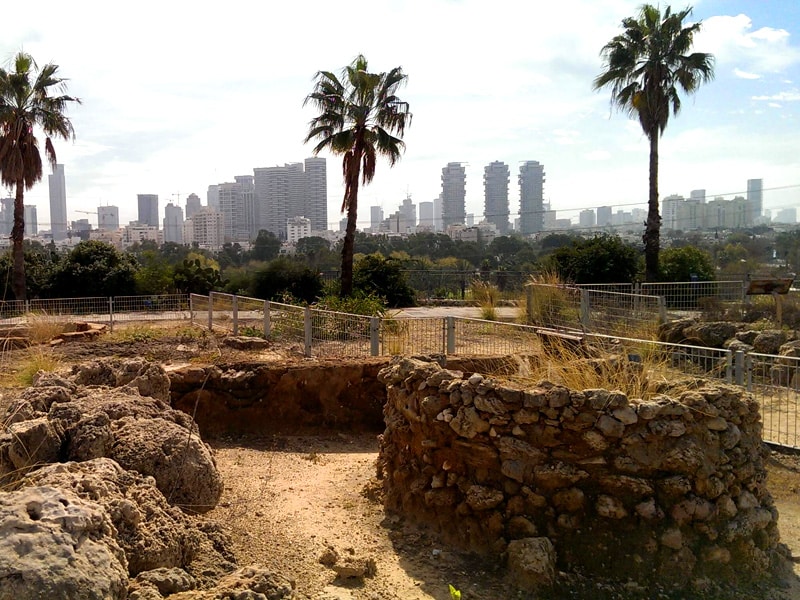 Located on the northern bank of the Yakron Stream, Tel Qasile was a central biblical site. Excavate in the 1950s, the site, which bears significant finds from the time of the Philistines is today within Eretz-Israel Museum.

History and Archaeology of Tel Qasile

Excavated in 1948 by B. Mazar of the Hebrew University, Tel Qasile was the fist site to be excavated by the young state of Israel. With continued excavations by Mazar’s nephew, A. Mazar, the site proved to be inhabited intermittently between the 18th Century BCE and the Muslim period. Most significant was the discovery of a Philistine cultic and residential complex, dating to the 12th and 11th century BCE. The philistine sanctuary yielded a wealth of finds, attesting to the little-known Philistine religion, and its Aegean origins. The residential area is also significant, yielding similar pottery and building styles to the contemporaneous Israelites. The site is a significant testimony to the material culture of the Philistines, and to their expansion beyond the range of the five cites in the southern coastal plain (the Philistine Pentapolis)

Today, the site is within the Eretz-Israel Museum. The site mostly demonstrates the developed culture of the Philistines in the 12th as 11th centuries BCE. This is in line with the bible admitting to their superiority over the Israelites. Besides the significant finds still visible at the site, its  summit offers stunning panoramas of northern Tel-Aviv and the Yakron Park.

A tour of Tel Qaile be combined with a guided day tour of Jaffa and Tel-Aviv.