The Karaite Synagogue in Jerusalem 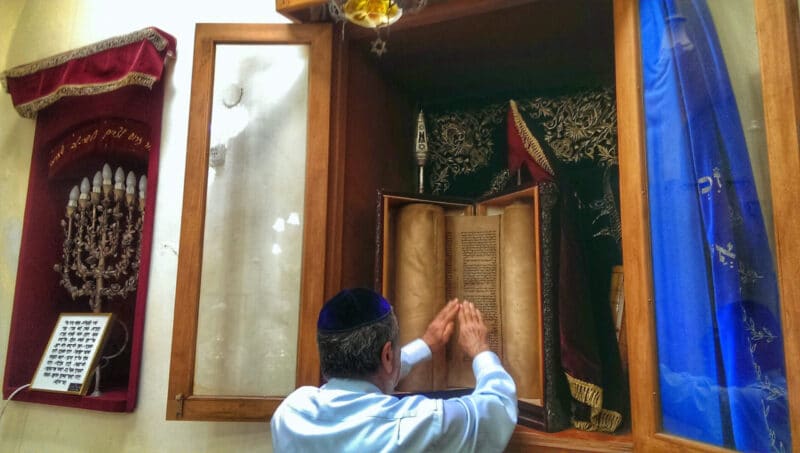 The Karaites is a Jewish religious movement that developed in different stages in antiquity. Their most common characterization is rejecting Rabbinical interpretation of Biblical laws. Being so, they do not follow many laws and traditions known in Orthodox Judaism today. By Karaite tradition their synagogue in Jerusalem was founded already in the 8th century. However architectural analysis suggests the building was constructed in Crusaders times. Nevertheless, it is still one of the oldest buildings in Jerusalem, and is the oldest synagogue in the old city.

Touring the Karaite Synagogue in Jerusalem

Today the synagogue is lower then street level, and so day light enters it only from the ceiling. It welcomes visitors of all faiths, and local representatives of the community are happy to explain the history of the building and the Karaite movement.

A tour of the Karaite synagogue can be combined with a day tour of Jerusalem.

Contact us to inquire more about a private tour to the Karaite Synagogue: