Jewish Art and Life Wing in the Israel Museum 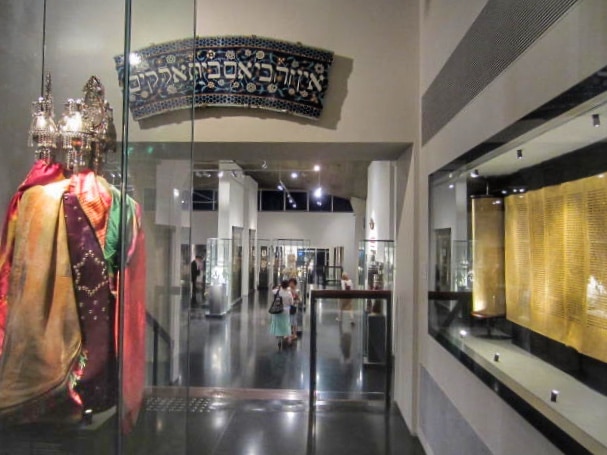 The wing of Jewish art and life of the Israel Museum exhibits in 5 galleries the material culture of various Jewish communities, mostly from the last 2 centuries. The exhibit combines both religious and secular artifacts, reflecting the cultural characteristics of each community, both in the diaspora and in Israel.

The first gallery, The Rhythm of Life, presents various objects used at major stages of Jewish life: a circumcision kit, wedding dresses, and an a 18th century funeral carriage from Hungary, demonstrate the diversity of Jewish traditions and how they maintained by different communities. Illuminating the Script gallery is the world’s best collection of rare illuminated Hebrew Manuscripts. The earliest, dating to the 14th century CE, is known as the “Birds Hagaddah”. It is famous for its unique repeated depiction of humans with a bird’s head. This collection shades light on the artistic styles and capabilities of the rare occasions when Jewish religious books were illuminated. The third gallery, The Synagogue Route, presents the original interiors of four synagogues, from Italy, Germany, India, and Surinam. While each is characterized by its own style, all contain the same core components of a Jewish synagogue. The exhibit also presents Torah scroll ornaments and Torah arks from Jewish communities around the world. 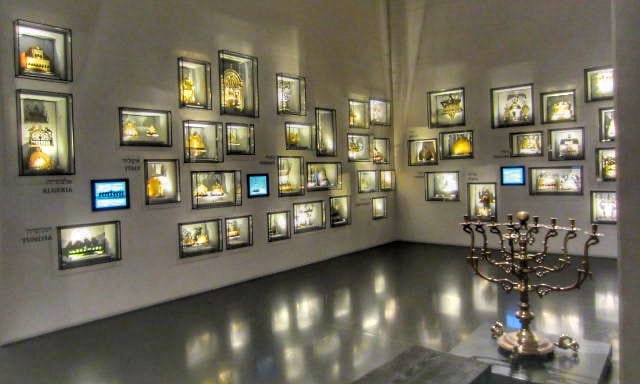 The Cycle of the Jewish Year gallery presents both objects and videos that reflect the observance of the Shabbath, the  Jewish Holidays, and the new commemoration special days in the State of Israel. Of special value is the extensive collection of candelabras (Hanukiot) lit during Hannukah holiday. The fifth gallery, Costume and Jewelry exhibits a selection of Jewish attire and jewelry of different Jewish communities. These dress codes reflect the customs and influences of each community and how they used to express Jewish identity.

The Israel Museum’s Jewish art and life wing excels in presenting the local influences of the Jewish diaspora yet preserving its Jewish identity and traditions. It is a unique anthropological journey through the mindset of the Jewish people in the last generations in the diaspora and in the state of Israel.

A tour of the Jewish Art and life wing can be combined with a tour of the Israel Museum and sites in Jerusalem.