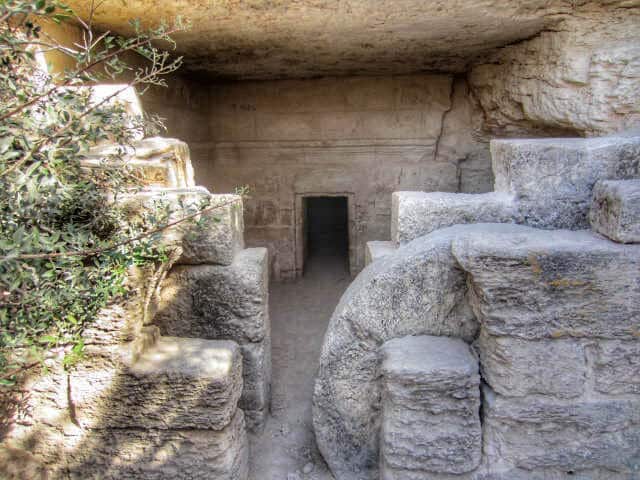 Nestling in the Judean Foothills (the Shephelah), Khirbet Midras is an archaeological site rich in finds, yet even its name in antiquity is not known.

History and Archaeology of Khirbet Midras

Khirbet Midras was settled in the Hellenistic period, and like its neighboring site Maresha, it had an undergrounds city. The soft local limestone enabled quarrying in a large scale, for different purposes: water cisterns, olive presses, dovecots, burial, storage and more. During the Bar-Kokhba revolt tactical tunnels were added in the underground city for a querilla war against the Romans. Some of them are marked and are popular among youth groups. The southern end of the site was used for burials. In recent years a structure is being exposed in that area, whose purpose is still not clear. Some scholars suggest it is a monument formed by King Herod to mark his origins in this area. In 2011 another structure was exposed in the central part of the site. It was thought to be a synagogue, but turned out to be a Byzantine church, with exceptionally well-preserved colorful mosaic floors. Unfortunately, due to vandalism the mosaic was covered up for its protection.

The site is open year-round and is free of charge. It is located next to road 38, and Tzafririm village. Crawling through the Bar-Kokhba caves requires flashlights, preferably headlamps.

A tour of Khirbet Midras can be combined in a guided day tour in the Judean Foothills (the Shephelah).