The Book of Maccabees records Simon the Maccabee erecting a family Mausoleum in Modi’in, the family’s hometown, with specific features:

“Over the tomb of his father and his brothers Simon built a high monument that could be seen from a great distance. It was covered front and back with polished stone. 28 He constructed seven pyramids side by side for his father, his mother, and his four brothers. 29 For the pyramids he created a setting of tall columns on which there were carvings. Some of these carvings were of suits of armor and some were of ships. It was a monument to their victories, which travelers from overseas could visit.“ (1 Maccabees 13:27-29)

Despite the clear and detailed description of this mausoleum, its location is still an archaeological riddle.

In the 19th century the French scholar Victor Guerin suggested to locate the tomb at on a hill called khirbet el-Midyeh, 20 miles east of Jaffa. His excavations of the site yielded mostly finds from the Byzantine period. Renewed excavations at the site in 2011-5 resulted with similar finds. Religious Jews have adopted a Muslim sheikh’s tomb south of this site, labeling it as the tomb of Matityahu the Hasmonean. 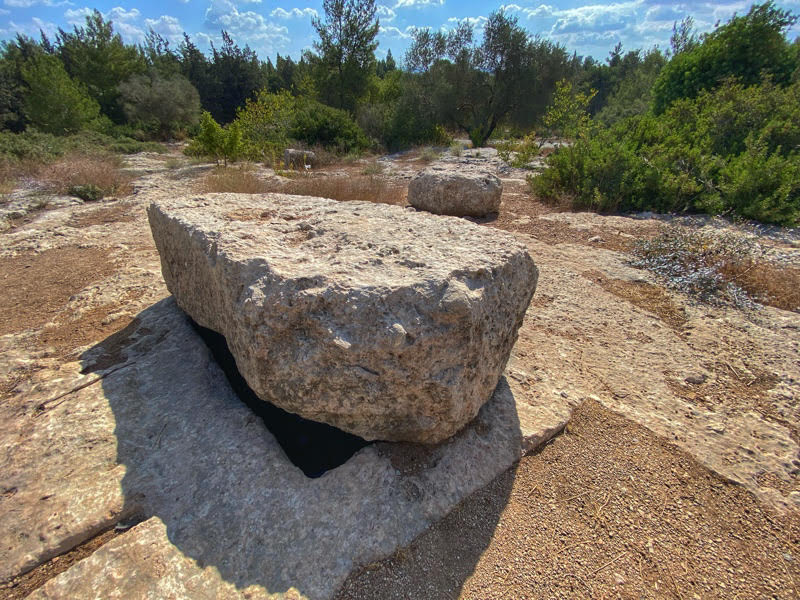 300 feet southwest of the Khirbet el-Midyah there are  several rock cut tombs called Qubur el-Yahud (Arabic for: The Tomb of the Jews). Some suggested to locate the Maccabean graves here, yet they also seem to date to the Byzantine Period. Furthermore, they do not resemble in any way the sepulchre described in the Book of Maccabees. Nevertheless, there is a state sign pointing to this site that reads “Maccabean Graves”. 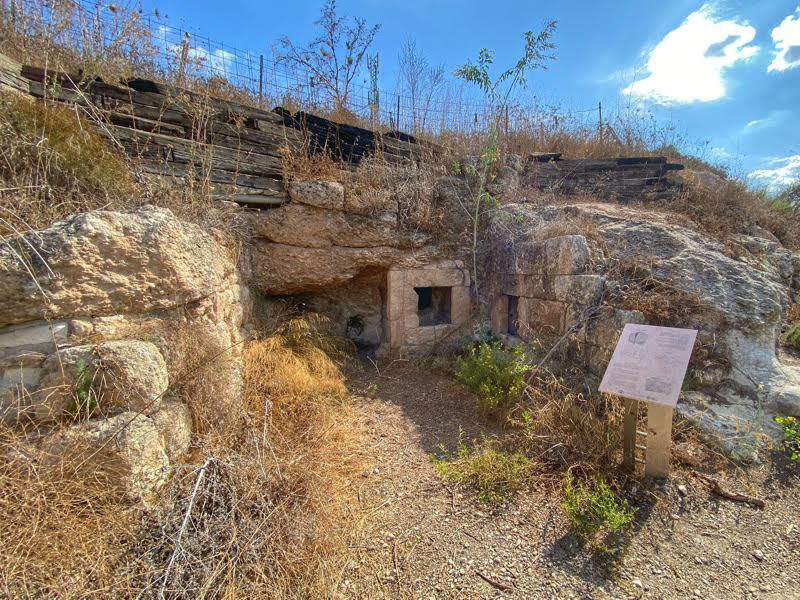 A third option was proposed in 1996 when construction work on road 443 uncovered an ancient Jewish burial cave. Some of the small coffins (ossuaries) inside the cave were inscribed with the names of the deceased. Most of the names were in Greek, But one box was inscribed with the Hebrew letters “HSM..”. Sh. Riklin, the archaeologist who excavated this tomb, suggested the inscription “HSM..” relates to the Hasmonean. However, the cave does not bear any of the other Mausoleum’s features as described in the Book of Maccabees, and burial in ossuaries was not practiced in the time of the Maccabees.

The Maccabean Mausoleum is still waiting to be discovered.

A tour to the Maccabean Graves mentioned in this article can be combined in a guided day tour in the Judean Foothills (the Shephelah).

Contact us to inquire more about a private tour to Modi’in: