The Russian Convent of the Ascension on Mount of Olives 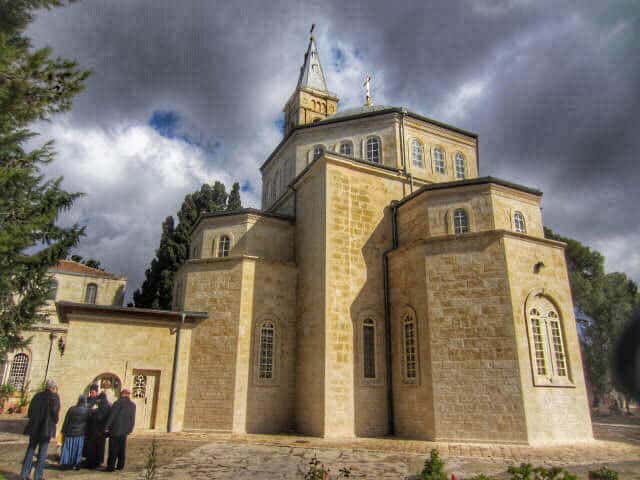 The Russian “Convent of the Ascension” is located at the highest point on Mount of Olives, behind the Chapel of the Ascension. Founded in 1870 by the Archimandrite Antonine Kapustin, it is one of the first Russian compounds in the Holy Land. The main church in the compound is built around a rock believed to be where Mary stood at the ascension of Jesus. The bell tower of the church is exceptionally high and forms a landmark that can be seen from many parts of the city. A smaller chapel in the compound is by local tradition at the spot where the head of John the Baptist was found.

A tour of the Russian Convent of the Ascension can be combined with a guided day tour of Jerusalem.