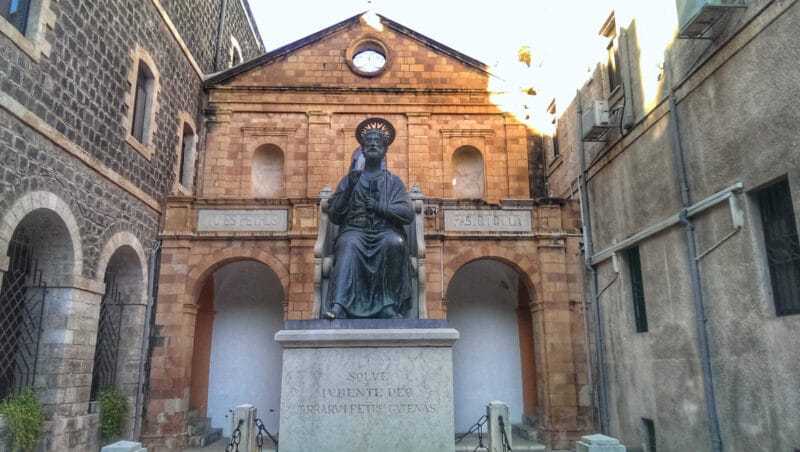 Almost hidden between a restaurant and a bar along Tiberias‘ beach promenade, the Catholic Saint Peter’s church in Tiberias is the main Catholic shrine in the city. The church was established in the 12th century, during the time of the Crusaders. Yet, after their defeat Horns of Hattin, the Muslim also conquered, and converted the church into a Mosque. Only in the 18th century the Franciscans purchased the property and reverted it to a church. Devoting it to Saint Peter, a replica of his sculpture at the Vatican was placed at the church’s entrance. After World War II, a memorial wall for Polish soldiers was added in the church’s courtyard. Placed by the Polish Catholic church, it includes a replica of the Black Madonna of Czestochowa. The church’s interior is shaped like an upturned boat, alluding to Peter and fishing at the Sea of Galilee.

A tour of Saint Peter’s Church in Tiberias can be combined with a guided day tour of the Galilee.