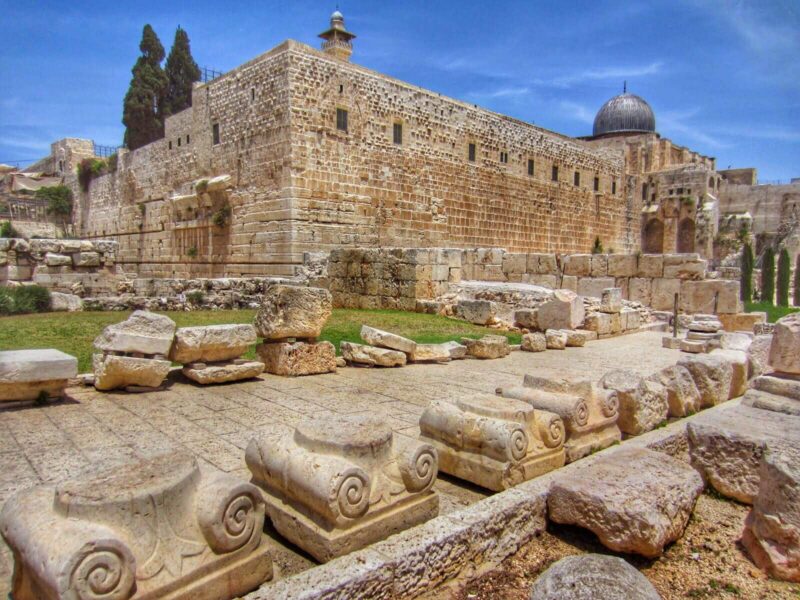 History of Research of the Southern Wall Archaeological Park

Following the Six-Day War in 1967, the city of Jerusalem was unified. Among the many changes and developments, large scale excavations were launched around the Temple Mount, and especiallly along its Southern Wall. The excavations yielded a wealth of finds from different historical periods. Eventually the site developed into a big archaeological park, used also for public events.

The entry to the park is next to the Dung gate. The site presents a wide range of finds, from different period. The most remarkable discoveries are from the first century and early Muslim period (7th-8th Centuries CE). The most moving finds from a Jewish perspective are those related to the Jewish pilgrmage to the Temple some 2000 years. It inlcudes wide cobbled streets and shops. These shops were probably for the purchase of animal sacrifices. Dozens of ritual baths were also discoevered in the park. They were designed to ensure the purity of the pilgrims before entering the Temple Mount. Finally, wide stairways led the pilgrims into the Temple Mount itself through monumental gates. These gates however were blocked in the middle ages and are closed to this day. In front of one of the wide stairways a massive stone structure may have been the office of the Lower Sanhedrin.

The site is also a remarkable experience for Christians. Jesus probably walked and preached in this public area leading into the Temple Mount. Its possibly also where he turned the tables of the money changers and the dove sellers.

Site of the Second Temptation of Jesus? 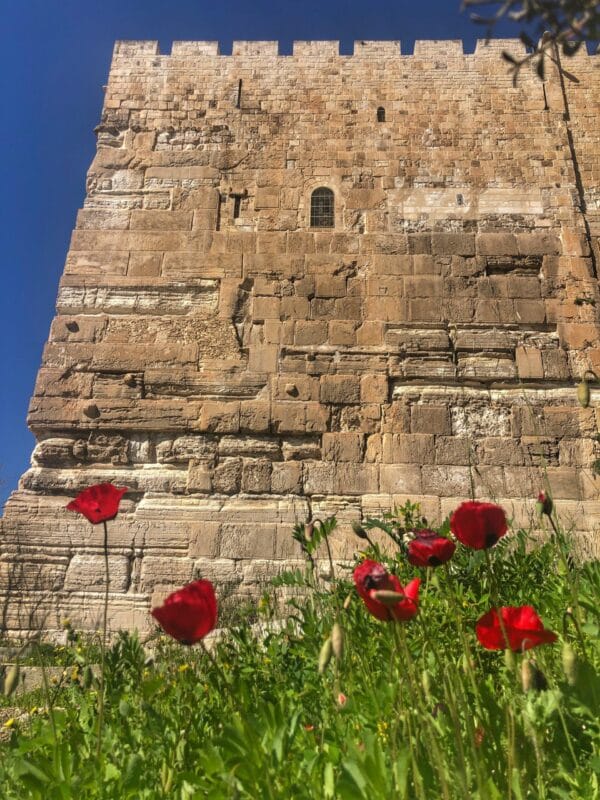 The New Testament records that after his baptism, Jesus went into the wilderness where he fasted for forty days. He also resisted three temptation, imposed by Satan himself. First, Satan urged him to turn a stone into bread, to which Jesus replied by quoting from the Old Testament: “Man does not live on bread alone, but on every word that comes from the mouth of God” (Matt 4:4).

Then Satan took him to “the pinnacle of the temple” (literally, “the wing of the holy”) in Jerusalem, where he challenged him to jump, arguing that if he was indeed the Son of God, Biblical prophecy would be fulfilled and angels would come to his aid (Ps. 91:12). Again, Jesus quoted the Old Testament: “It is also written: ‘Do not put the Lord your God to the test” (Matt 4:7).

Only one of the sites mentioned in this story can be identified with any certainty. The “wing of the holy” (Greek: pterugion tou hierou), located in Jerusalem according to Luke, is un doubtfully the edge of the Jewish temple in Jerusalem. Indeed, in its the southern corners, the foundation walls were so high that, according to the historian Josephus, anybody who looked down “would become dizzy and his vision would be unable to reach the end of the measureless depth.” Furthermore, a recent Muslim tradition holds that a niche-shaped stone in the southeastern corner of the Temple Mount was a basin in which the infant Jesus was washed. The origin of the tradition is unknown, but perhaps it developed out of an older Christian tradition that in the same southeastern corner Satan tempted Jesus.

In 2002 an innovative visitors center was added to the Park. Named after its benefactor, the Davidson Center presents selected finds from the site with accompanying videos. 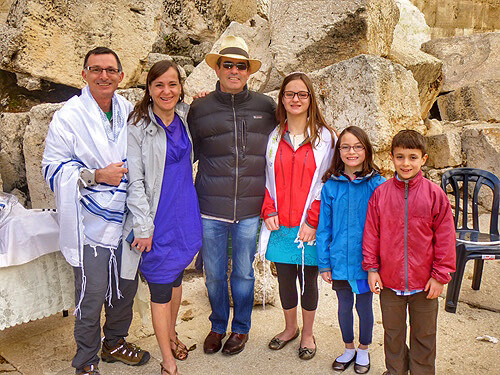 The park has three areas where a Bar-Mitzvah Ceremony can take place. The first is “Azrat Israel“, facing the Western Wal. The second is the first century street in front of the Western wall, beneath Robinson arch. For a big Bar-Mitzvah production it is also possible to set an event in the roofed area facing the Southern Wall.

All of these locations have the advantage of not being bound to Orthodox regulations and restrictions, unlike at the Western Wall Plaza.

A tour of the Southern Wall archaeological Park and Davidson Center can be combined in a day tour of Jerusalem.