The Tower of David museum was formed in 1989 inside the complex next to Jaffa Gate known as the “Tower of David” or “David Citadel”.

It uses several chambers of the medieval complex for the exhibits, and combines them with archaeological discoveries made in its main courtyard. Being at a central location in Jeruslaem’s old city, it attracts many visitors during the day, as well as for its night spectacle. 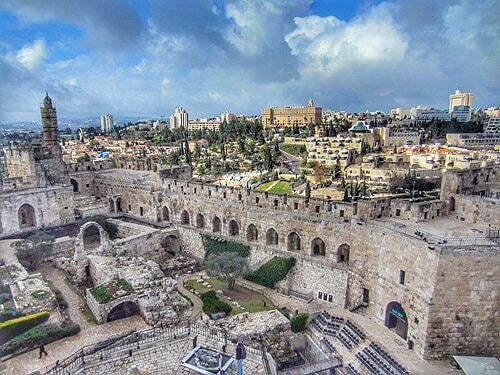 History of the Tower of David

The “Tower of David” wad first built by King Herod in the First century BCE. It was designed to create a monumental entrance into Jerusalem from the west. Centuries later Christian monks settled within the remains of this complex and mistakenly associated them with King David’s palace. The Muslims redesigned the complex as a strong citadel, but in 1099 CE the city was conquered by the Crusaders. The Crusaders restored the citadel and added a palace next to it, but eventually the Crusaders would be expelled from Jerusalem. The Citadel would be re-used by the Mamluks, the Ottomans, and the Jordanians, until 1967.

After the Six-Day War in 1967 Jerusalem was unified under Israeli Rule. Excavations were carried out in the courtyard of the citadel, and later a Museum was formed in some of its chambers.

Touring the Tower of David Museum 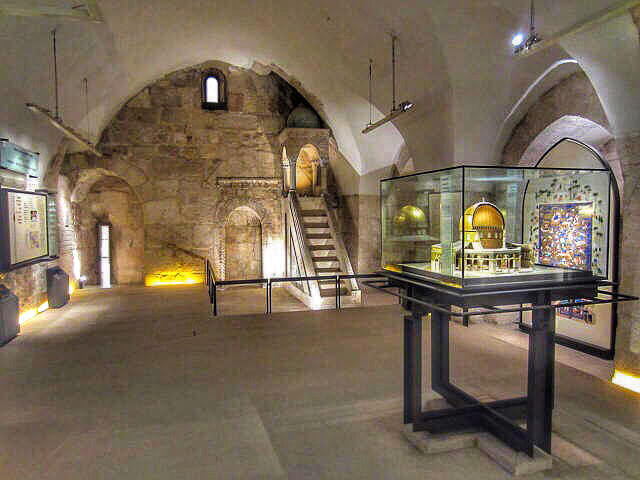 The Tower of David Museum today offers a permanent exhibition devoted to the history of Jerusalem. The exhibits are combined with actual archaeological discoveries made in the courtyard and moat of the citadel. The museum is also known for the 360-degree panorama from the top of its tower, the highest viewpoint of the old city. A few times a week the Tower of David Museum also operates a Night Spectacular.  This attraction requires pre-registration. From the tower of David Museum it is also possible to visit the archaeological discoveries made in 2001 beneath the Old City’s Kishle.

Contact us to inquire more about a private tour of the Tower of David Museum: