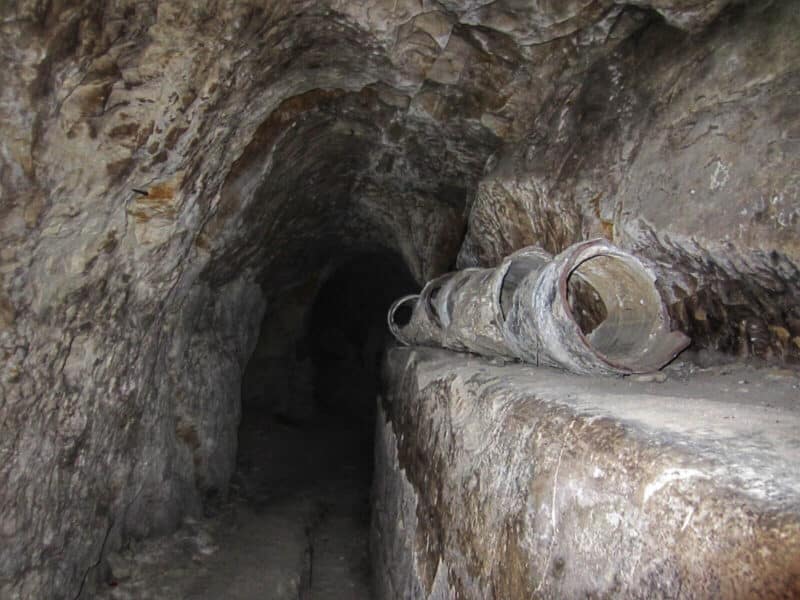 The Hasmonean Water Tunnel (also called “Armon Hanatziv Tunnel”) is a tunnel carved through a ridge south of Jerusalem’s old city to enable water supply to the Jerusalem in Hellenistic and Roman times.

History of the Hasmonean Water Tunnel

Jerusalem was founded around a spring some 4000 years ago, yet by the Hellenistic period the city’s growing population required additional water sources. Implementing Roman water engineering two aqueducts were built to supply water from springs in the Hebron mountains, some 40 km south of the city. Despite the distance, the careful plan of the aqueducts insured the water flow into the city, to the Temple Mount and the Upper City. It is not certain when each aqueduct was installed, but it is assumed that the lower aqueduct was built by the Maccabees. South of Jerusalem a long and high ridge (“Armon Hanatziv”) formed a topographical obstacle in the path of the aqueduct. The solution was a 423 meters tunnel carved through it. It was dug by two teams from opposite ends and had five ventilations shafts. The tunnel was in use also in subsequent periods, and up to the first half of the 20th century.

Walking Through the Hasmonean Water Tunnel

The site is maintained by ELAD organization. Going through the tunnel must be pre-arranged, and best if done with a guide . It is dark most of the way, so headlamps are recommended.

A tour of the Hasmonean Water Tunnel can be combined with a guided day tour of Jerusalem.