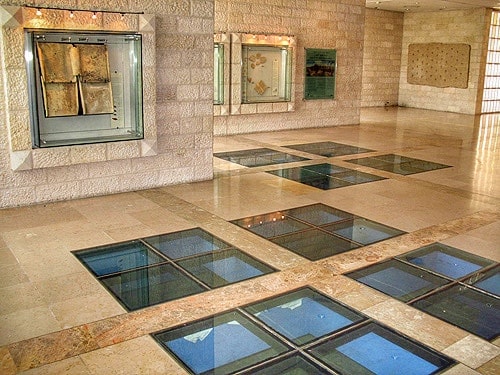 In 1992 salvage excavation conducted under the Israeli Convention Center (“Binyanei Hauma”) uncovered a ceramics workshop of the Tenth Roman Legion. The workshop is spread over a considerable area and is comprised of surfaces where the clay was prepared, potters’ workshops, and at least five large kilns for firing the pottery. The workshop produced mostly roof tiles, square and round bricks for bath houses and water pipes. Some of the artifacts were stamped with abbreviations of the Tenth legion, indicating they were produced between 70 to 285 CE, when the tenth legion was stationed in Jerusalem.

The site is beneath an extension of the Israeli Convention Center. An exhibition of selected artifacts found at the site is placed in the main hall of the new extension. Some of the Kilns can be seen under the main hall, through a glass floor.

A tour to the site can be combined in a day tour of Jerusalem.