The Hurva Synagaogue is the biggest synagogue in the old city of Jerusalem. It stands in the heart of the Jewish quarter, and functions as an active Yeshiva and synagogue. The synagogue is also a tourist attraction, as the current structure is an well-executed replica of the 19th century structure.

History of the Hurva Synagogue 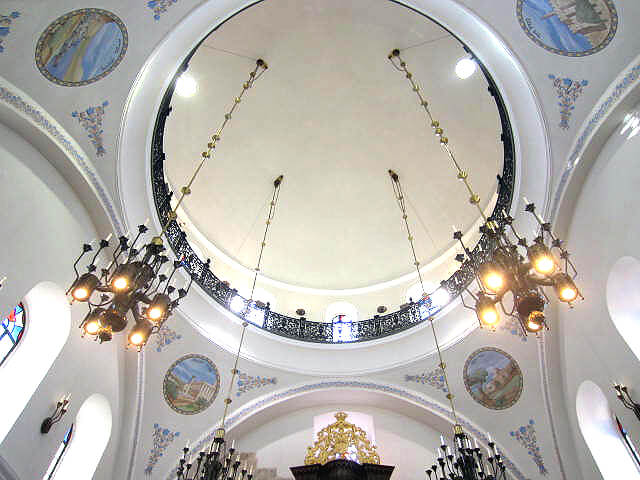 A small synagogue stood in the heart of the Jewish quarter already in the 14th century, but it was poorly maintained and at times banned for use by Muslim authorities. It eventually collapsed in 1692, yet rebuilt in 1700. Sadly, the second synagogue stood for only 20 years. 1720 Muslims knocked it down in claim of Jewish depts. In addition, Ashkenazi Jews were forbidden to enter Jerusalem for the next century. The destroyed synagogue got to be known by its nickname – “the Hurva” (Hebrew for “the ruined [structure]”.

Only in 1857 the Jews completed the construction of a third synagogue at the same spot. This time, the building was well financed and had truly impressive dimensions. Its general design was inspired by the Hagia Sofia in Istanbul. Its interior was decorated with an ornate Torah ark and wall paintings. Sadly, this structure too was destroyed, by the Jordanian, in the 1948 war. For 19 years the Jewish quarter was in ruins, and even after the Six-Day War the synagogue remained unbuilt for many years. Finally, in 2010 the synagogue was built again, in attempt to replicate the third synagogue of the 19th century. A meticulous conservation project recreated the original design, the Torah ark. Even the wall paintings were replicated.

The synagogue is a functioning Yeshiva and place of prayer. A visit to the site is limited to the womens’ court and the rooftop. Nevertheless, the top view of the main prayer hall and the panoramas of the old city from the rooftop are breathtaking!

A tour of the Hurvah Synagogue can be combined in a Day Tour of Jerusalem.

Bar-Mitzvah Ceremony at the Hurva Synagogoue 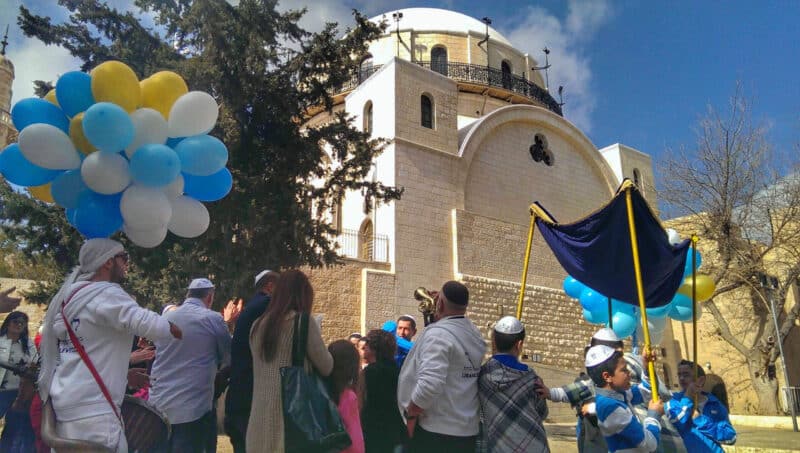 It is possible to arrange an Orthodox Bar-Mitzvah ceremony at the Hurva Synagogue during the week, on Mondays and Thursdays. Reading from the Torah at this historical site is quite a special experience. The building is very impressive and ornate, and above all, the Hurva synagogue is a great example for Jewish recovery from past times of foreign oppresions and war.

Contact us to inquire more about a private tour to the Hurvah Synagogue: