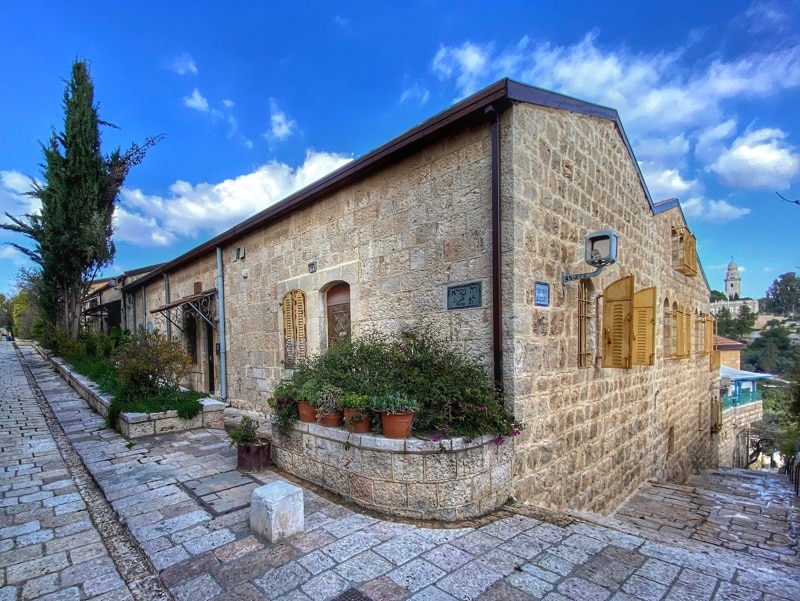 Founded in 1894, Yemin Moshe was an extension of Mishkenot Shananim, the first Jewish neighborhood outside the old city of Jerusalem. It was built by the Moshe Montefiorie fund, A British Jewish Banker who has purchased the land already in 1855. The neighborhood was characterized by single story stone-built homes with red bricks rooftops. It had two synagogue and a communal oven, and in cooperation with Mishkenot Shananim, it operated a windmill, a printing press, and a textile factory. In the 1920’s some 900 people lived in Yemin Moshe. As a result of the 1948 war Yemin Moshe was abandoned, as it was too close to the Jordanian border, however after the re-unification of the city in 1967, Yemin Moshe was intensively restored and repopulated.

Today Yemin Moshe is an upscale quaint neighborhood, known for its successful restoration, central location, and the panoramic views of the old city walls. Tourists are invited to stroll along its stone cobbled streets and appreciate its special beauty. It is also a short walk to Jaffa Gate and the Old City.

A tour of Yemin Moshe can be combined in a day tour of Jerusalem.