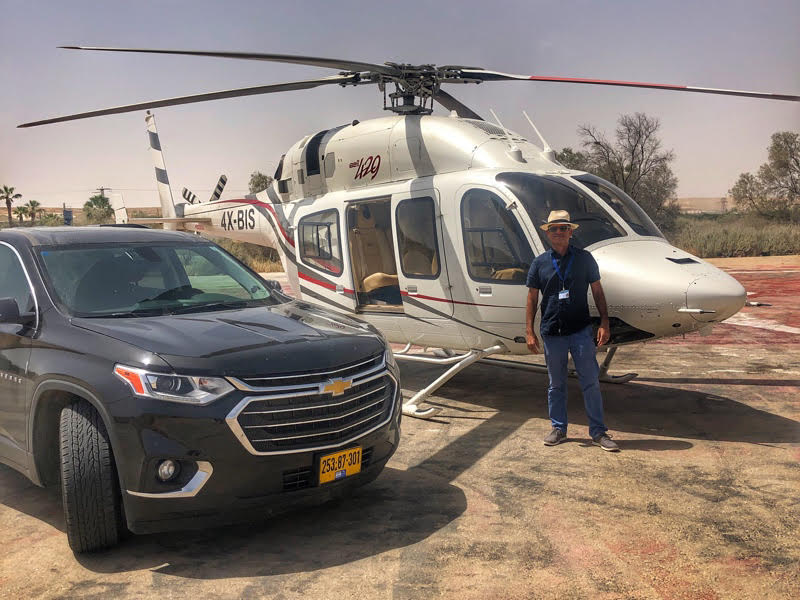 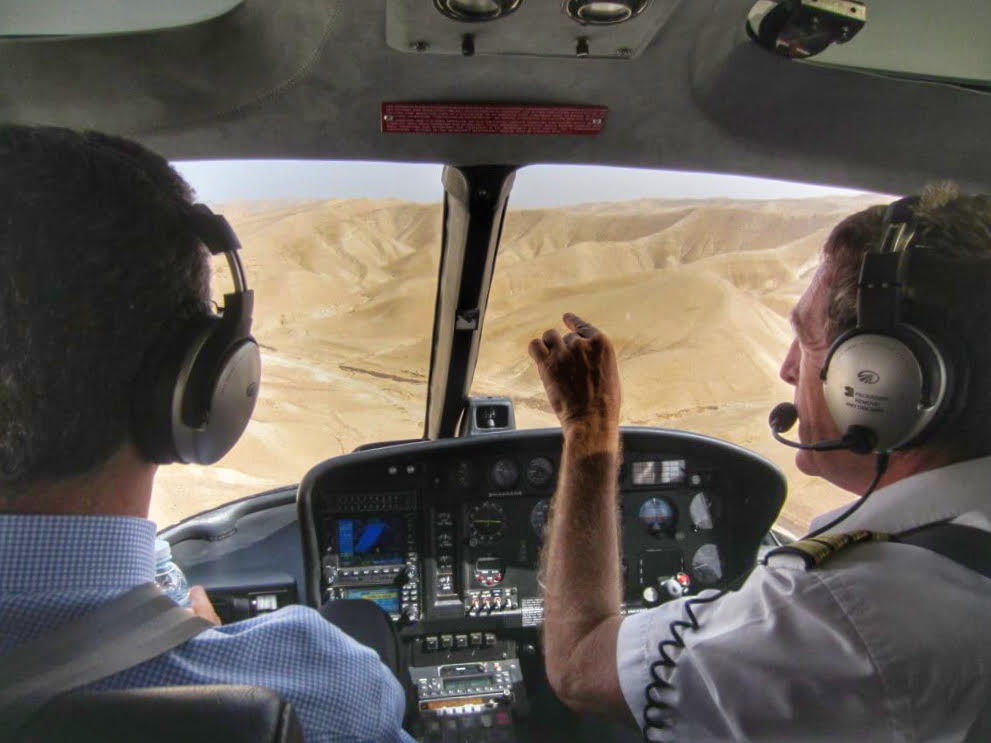 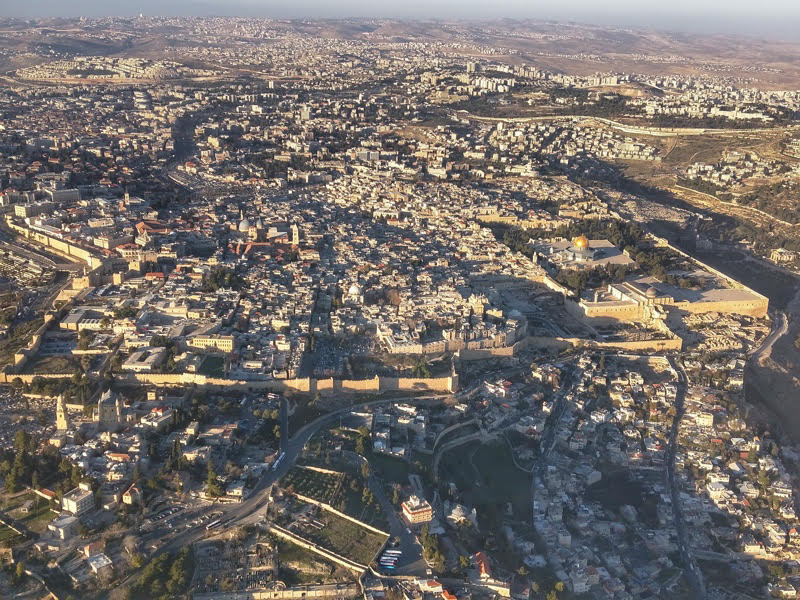 This Grand Helicopter tour of Isreal is the ‘Jewel of the crown’ for a Helicopter flight experience over Israel!. Take off south of Tel-Aviv. Fly low and slow above Israel’s beautiful coastline, admiring Israel’s high-tech center in Herzeiyah and Netanya’s sea front. Heading inland you will see the beneath you the ruins of biblical Megiddo / Armageddon, and the fertile Jezreel valley. Next, on your left the majestic Mount Tabor will show its mass-scale Catholic church.

After a few minutes the beautiful Sea of Galilee will appear on your right. Flying over its northern edge you will pass above Capernaum, Mount of Beatitudes, and the Jordan river. The Helicopter will now elevate up to the Golan Heights.

Landing near of its volcanos, a local expert guide will take you on an off-road geo-political tour along the Syrian border. This will be followed by a special lunch experience at Druze family, where you will also have an opportunity to learn about this fantastic minority.

Taking off we now fly along the Jordan valley. We will hover over the ruins of Sussita and Beit-Shean, two major cities from Roman times, and on to Jericho. Landing at the northern end of the Dead Sea, a golf cart will take you in comfort to the changing rooms. Set for the water you can experience a dip at the Dead Sea, its black mud, and an optional massage treatment. Rejuvenated, you head back to the helicopter. Flying low over the majestic Judean Desert you will ascend towards Jerusalem, and passing it, you will continue above the Jeruslaem Mountains, the Judean low hills, and back to the landing spot south of Tel-Aviv.

Contact us to inquire more about the grand helicopter tour:

Israel is merely 8600 sq. miles (about the size of New Hampshire), and half of its size is wilderness.

Danny knows the sites of Israel from so many different perspectives- not the least of which is the archeological expertise he brings to the table. Danny is one of a kind - I'd recommend him for any length of tour for any age group on any day of the week! My experience was eye opening and life-shifting. Loved every moment. Best tour guide experience I've ever had!

Daniel provided the single best guided tour experience our family has ever had! Daniel's knowledge of the Holy Land is the very best - and he magically weaved lessons on history, archeology, and religion into every site visit - in a way that fascinated my entire family (inc 2 teenagers, 2 young adults). We all learned and had experiences we will never forget. The entire experience was top notch and well planned - Danny knows everyone and how to get things done. Don't hesitate. Book Danny the Digger now! The Holy City After Dark 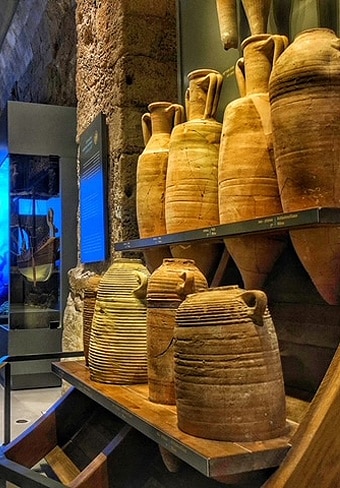