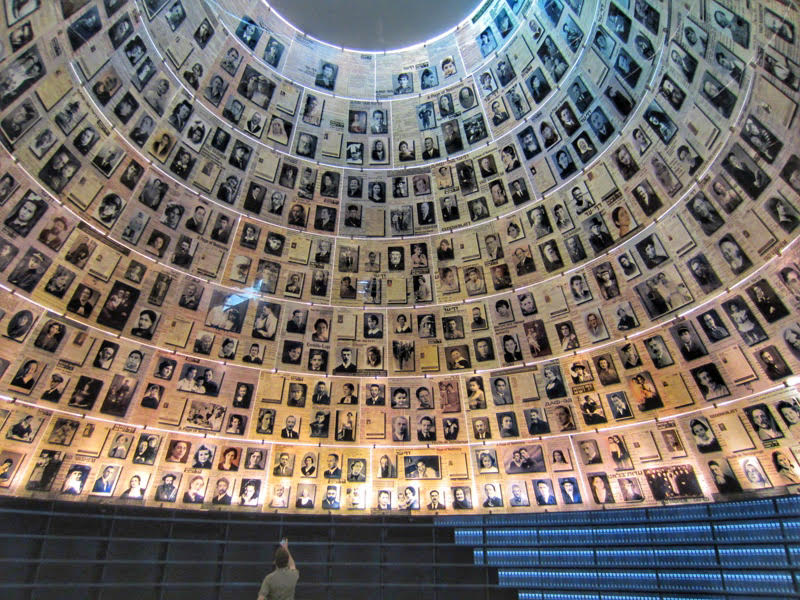 Yad Vashem (Hebrew for “Memorial and name”), is the world center for the research, education and commemoration of the Holocaust. It is far from a typical tourist attraction, yet highly recommended, and one of the most powerfull experiences when visiting Israel.

Yad Vashem at the western end of Jerusalem, next to Mount Herzl. It is comprised of a main museum, several outdoors monuments, and a school and research center. It is open every day except Saturday. Admission is free. The institution’s main attraction is the main museum. opened in 2005, is a unique design, mostly underground, presenting in chronological order the rise of the Nazi party and how it led to the systemized mass murder of the Jews during the Second world War. The presentation is rich and diverse, with an emphasis on personal possessions of the victims, and recorded testimonials of survivors. The museum also commemorates the partisans who fought against the Nazis, and honors non-Jews who saved Jews during the war (“Righteous of all Nations”). 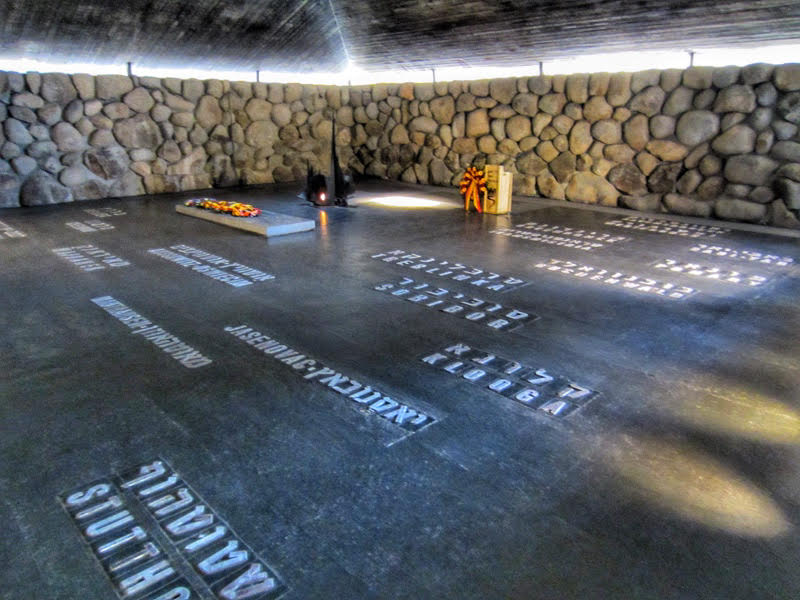 Hall of Remembrance – A hall where an eternal flame burns in memory of the Jews who perished in the Holocaust. The names of the main concentration and extermination Nazi camps are presented around it. Beneath the names are ashes of the victims.

Yad Layeled – The children memorial. A poignant unique exhibit commemorating the million and half Jewish children, 16 and younger, who perished in the Holocaust.

The Wagon monument – A 1940’s cattle car set on an unfinished bridge over a cliff, commemorating the deportations of Jews by trains to the extermination camps.

Valley of the Communities – A 2.5 acre monument at the western edge of Yad Vashem, presenting 5000 place names, whose Jewish communities perished during the Holocaust. The massive exhibit is carved into the mountain, and set like a maze, evoking eerie emotions.

Avenue of the Righteous among nations – between the various monuments of Yad Vashem are some 2,000 trees honoring non-Jews who saved Jews during the Holocaust. Most were planted by the righteous themselves or their family members. Many visit the tree planted of Oskar Schindler, who is also buried in Jerusalem.

A tour of Yad Vashem can be combined in a guided day tour of Jerusalem.

Contact us to inquire more about a private tour to Yad Vashem: