In the 1930s, new types of oil lamps surfaced in the antiquity stores of Jerusalem and Bethlehem. These oil lamps were made by a mold and were characterized by a round shape and detailed ornamentation. The merchants indicated these lamps were coming from the Arab village of Bayt Nattif, in the southern part of the Shephelah (today’s Khorbat Beit Nattif, 4 miles south of Beth Shemesh).

In 1934, British Department of Antiquities inspector, Mr.  Dimitri Baramki surveyed the village and found the actual ancient workshop that once manufactured these artifacts. Inside a cave he uncovered hundreds of fragments of oil lamps, terracotta figurines, and even the mold in which they were made. This was the first time (and to this day, the only time), a Roman era potter’s workshop was discovered in the Holy Land. Known to this day as “Beit Nattif Lamps”, they are found in many archaeological sites, and every archaeology student in Israel is familiar with them.

In biblical times, oil lamps were made on a millstone, like a small platter whose edge was pinched before the firing. From the time of the Maccabees, oil lamps were also produced in molds. This technique enabled mass production and adding detailed decoration, in thin relief. The potter from Beit Nattif, who operated in the late Roman period, excelled in forming detailed ornamentation. The decorations were mostly geometric patterns and plant motifs, but some depicted pagan themes, including figurative art. On the other hand, the Beit Nattif potter also produced oil lamps with Jewish themed decoration, such as a Shofar, and a menorah. The potter also decorated a few of the lamps with fish motifs, perhaps appealing to early Christians. Apart from oil lamps, he also produced small terracotta figurines and clay masks. There is no doubt that the Beit Nattif workshop produced mainly for the Roman-pagan population of his time. After the suppression of the Jewish revolts, Judea was emptied of its Jews and replaced by a Pagans. Some were Roman soldiers, including discharged soldiers who remained and settled in the area. Their urban centers were Alia Capitolina (Todays’ Jerusalem), and Eleuthopolis (Today’s Beit Guvrin). On the other hand, the fact that the potter also decorated some of his lamps with Jewish motifs suggests Jews still in the area. The historical sources for this are very limited, but there were at least two contemporaneous Rabbinical centers nearby, in Yavne and Lod. 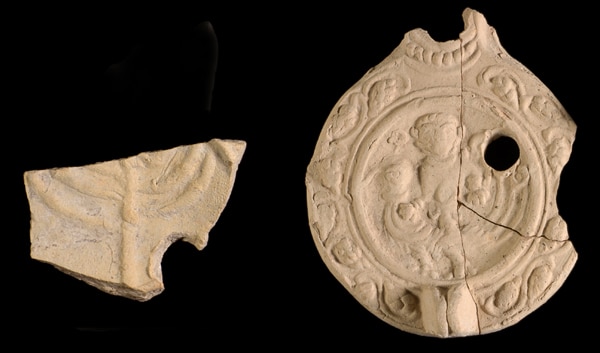 Two fragments of Beit Nattif Lamps. One with pagan figure, and one depicting a Menorah. (C) Israel Antiquities Authority

Besides publishing all the pottery and molds, Barmaki documented and photographed the cave where the potter operated, although he didn’t specify its exact location. In the 1948 war, the Arab population of Beit Nattif fled. Later, the site was abandoned. The location of the cave was forgotten, until recently.

In recent years a new town is being developed on the hillside south of Beth-Shemesh. During recent salvage excavations in Khirbet Beit Nattif, by the Israel Antiquities Authority, the archaeological expedition encountered an entrance to the cave. In the words of Omer Shalev, one of the directors of the excavation: “One day, we were digging at a certain point, and suddenly an entrance to a cave appeared. I went in – and I got excited. Inside I discovered a rusty metal box, It was of Mr. Baramki’s expedition. ”

Indeed, the expedition rediscovered the potter’s cave that Baramki documented, with quite a few more shards of oil lamps, terracotta figurines, clay masks, and even a few more molds. Some of the oil lamps were decorated with pagan motifs, but two were decorated with a menorah. The findings reaffirm Baramki’s conclusion – the Beit Nettif pottery workshop served mostly a Pagan population, but also some Jews. 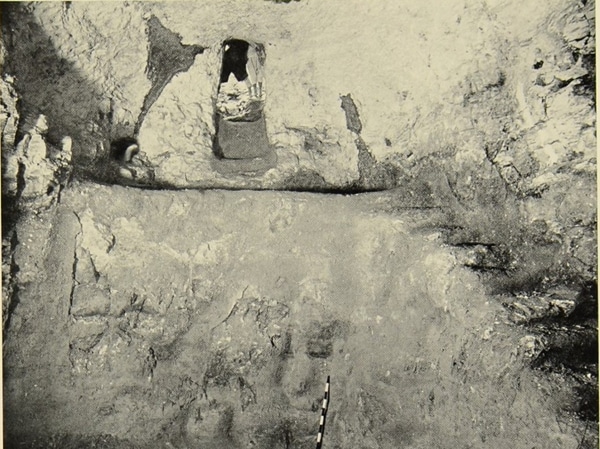 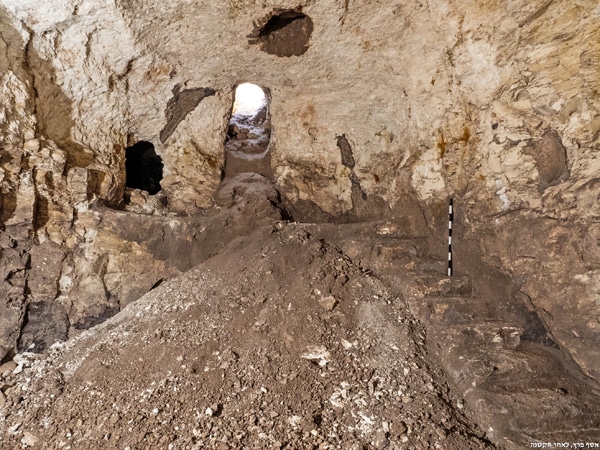 Perhaps the Potter was a Jew?

Reviewing the finds, I would even dare to suggest – perhaps the potter was actually a Jew? Perhaps he is a descendant of Jews who survived the Jewish revolts and continued to live in Beit Nattif? First Century Jewish Historian Josephus Flavius documents a Jewish village in the Shephelah named “Bethletephon”. Like many other villages in Judea, it was conquered and demolished by Vespesian’s troops (Wars 4 8 1). However, we do know that Jews continued to live in the area also in the second century, up to Bar-Kokhva revolt. Perhaps some continued to live in Beit Nattif also later? One thing is certain – the Jews are returning to live in this region again, in the 21st century. The whole area is turning into a new neighborhood for Jewish Ultra-Orthodox population. Today, no one uses oil lamps anymore. When it gets dark, we count on electricity and light bulbs. However, every winter, every Jewish home lights a ceremonial 9 branched candlestick. It is part of a ritual commemorating Hanukah. Some, like my parents, will even use oil for the candelabrum, just like in antiquity.

A tour of to Beit Nattif can be combined with a day tour to the Shephelah.