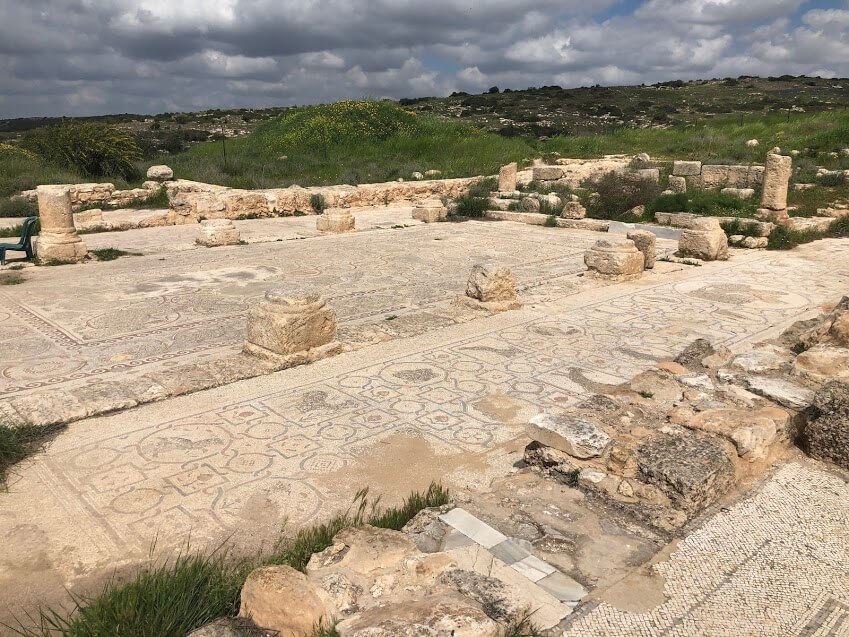 Khirbet Beit Loya is a unique site in the southern Judean Foothills (The Shephelah), about 5 km east of Tel Lachish. A new publication of the recent archaeological research at the site presents a wealth of finds and enables an unprecedented detailed review of its history.

In 1961 a burial cave was accidentally exposed east of the site, during construction of a military patrol road. At that time, Khirbet Beit Loya was close to the border with the Jordan (the “Green Line”). The cave was looted, possibly already in antiquity, yet seven inscriptions were recorded on its walls. The longest inscription, in Paleo-Hebrew, was a benediction of the God of Israel and Jerusalem. Next to it two boats were also engraved.

Later, in the 80s of the 20th century, a church from the Byzantine period was excavated at the site itself. The church was decorated with colorful mosaics. They contained geometric ornaments, several Greek inscriptions, and descriptions of fishing and boating.

During these years of research, Latter-day Saints communities started developing an interest in the site. They suggested its Arabic name, “Beit Loya”, is preserving its ancient Hebrew name – “Beit Lehi”, which means “the house of Lehi”. According to the “Book of Mormon” Lehi was in Jerusalem in the time of King Zedekiah, but he left, and eventually sailed to America with his extended family. The book implies that aside his house in Jerusalem, he had an estate, elswhere. This estate might have been Beit Loya. Beyond the name of the site, the inscription in the burial cave is from the time of Lehi. It mentions Jeruslem, and the depiction of the boats might indicate the intention of its creator to sail.

A sail is also depicted in the mosaic floor of the Byzantine church. Although dating to the 5th century CE, this might imply a local memory of a person who once sailed from here. 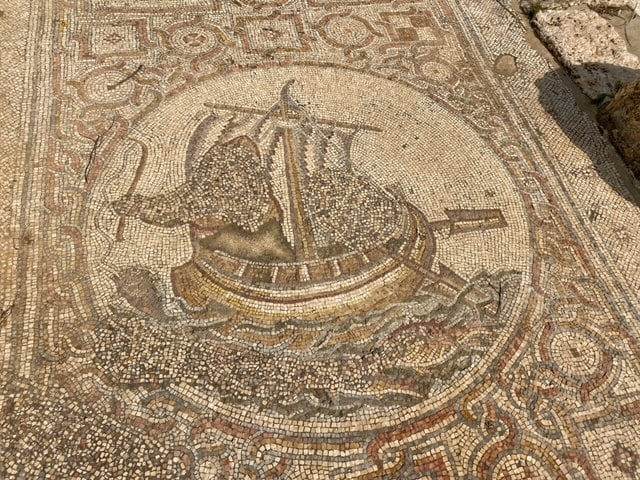 Being so, in 2005 Mormon institutions funded a new study on the site, as well as surveys in its vicinity. This research was conducted by Dr. Oren Gutfeld and Yaakov Kalman on behalf of the Hebrew University in Jerusalem. Their excavations revealed buildings, underground complexes, and more parts of the Byzantine church. Their most recent article presents the highlights of their recent research.

The expedition found further evidence to occupying the site in the time of the Judean Kingdom, yet it was abandoned when the Babylonian conquered and exiled the Jews to Babylon. The site was settled again in the Hellenistic period, most likely by Edomites. The Edomites specialized in producing olive oil and growing pigeons, mostly in underground caves. One dovecote (“Columbarium”), uncovered in area M, is especially impressive. Its ceiling was supported by 4 pillars, and over 1100 niches were carved in it, to grow pigeons. The Edomites abandoned the site in the middle of the 2nd century BCE, perhaps because of the raids of Judah the Maccabi in this region which are recorded in the book of the Maccabees. About 130 years later Jews settled again at the site. They added ritual baths, and engraved at several places the Jewish symbol of the seven branch candelabra (Menorah). Ritual niches previously used by the Edomites were abolished.

In the Great Jewish Revolt (66-70 CE) the site was fortified, and hiding tunnels were dug. One tunnel was dug right under a base of a watch tower. Gutfeld and Kalman suggest this may have been the tunnel where Niger, commander of the Jewish rebels in this area, hid, after a failed attack on Ascalon. According to first century Historian Josephus he hid in the tunnel for 3 days. Both the Romans and the rebels believed he died, but after the Romans left, the rebels found him to be alive! (War 3: 22-28). After the Roman conquest of the site and the regions, Khirbet Beit Loya was never again settled by Jews. But about three hundred years later the site was inhabited again, this time by a Christian community. They constructed a Basilica shaped church at the site, which may even have been part of a monastery. East of the church the expedition found a cell of a monk in a cave. On its walls he engraved in Greek “Jesus is here”. He also engraved a Christogram and a boat. The Muslim occupation of the land caused a radical change to the site. The church and its courtyard became burial ground. Over 50 Muslim tombs were recorded. Nearby a small size mosque was built. The site was occupied by Muslims up to the Mamluk period, in the 14th Century. It was then abandoned and never settled again.

The site contains evidence for a few dramatic events and is also rich in finds. It is especially exciting to explore its underground caves. A headlamp is recommended.  But the site is located in military fire zones, so it can only be visited on weekends and during Israeli holidays. There is also no paved road to the site and so it can only be reached by 4×4 off-road vehicles. It is especially recommended to visit the site in the spring, when the area is in spring bloom, and especially of the Lupine flowers! 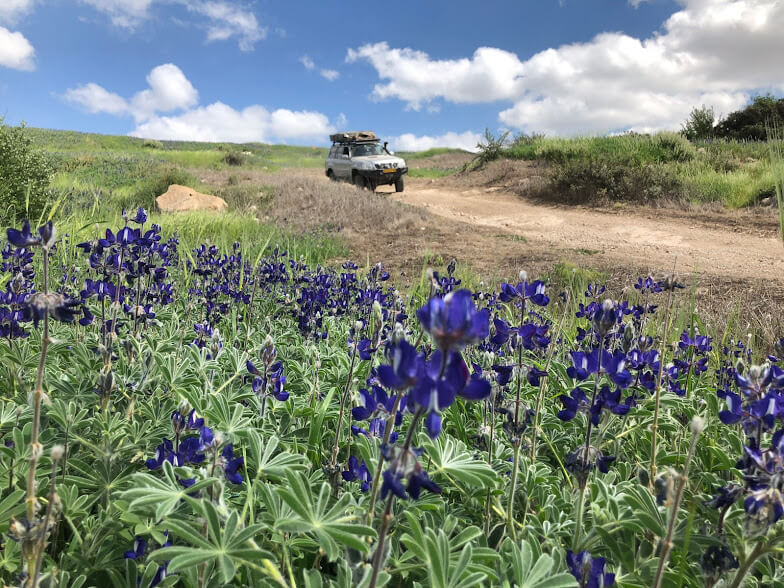 A tour of Khirbet Beit Loya can be combined in a day tour of the Shephelah.