After completing the research on the pre-20th century CE Muslim tradition over the Temple Mount, I finally found a copy of a document I heard of before.

“Dome of the Rock.. Identity with the site of Solomon’s Temple is beyond dispute”.

Furthermore, it continues and argues that –  “This, too, is the spot; according to the universal belief, on which “David built there an altar unto the Lord, and offered burnt offerings and peace offerings”

See a scan of the original document – 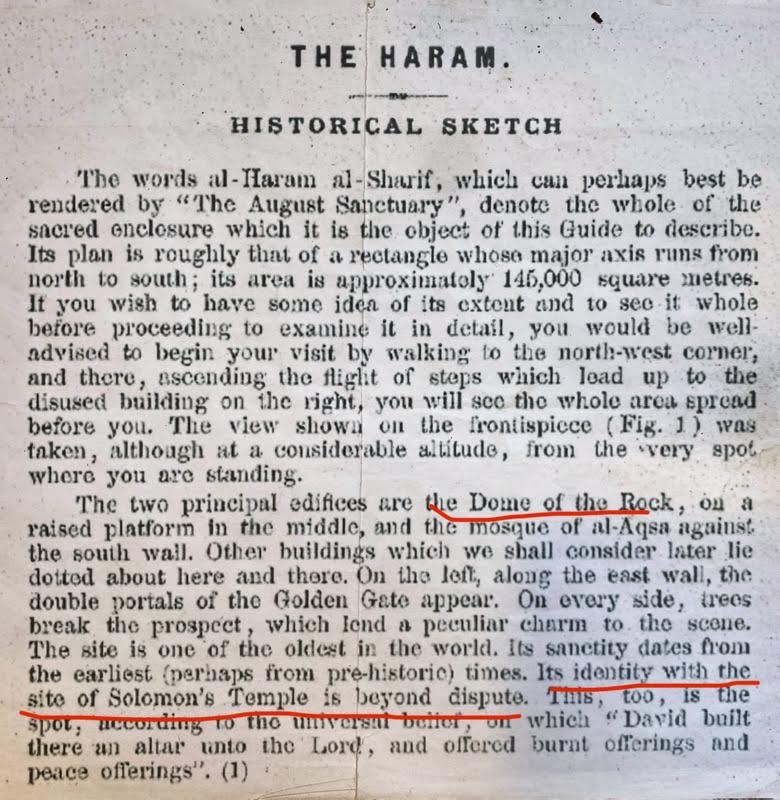 Contact us to inquire more about a private tour to the Temple Mount and its vicinity: