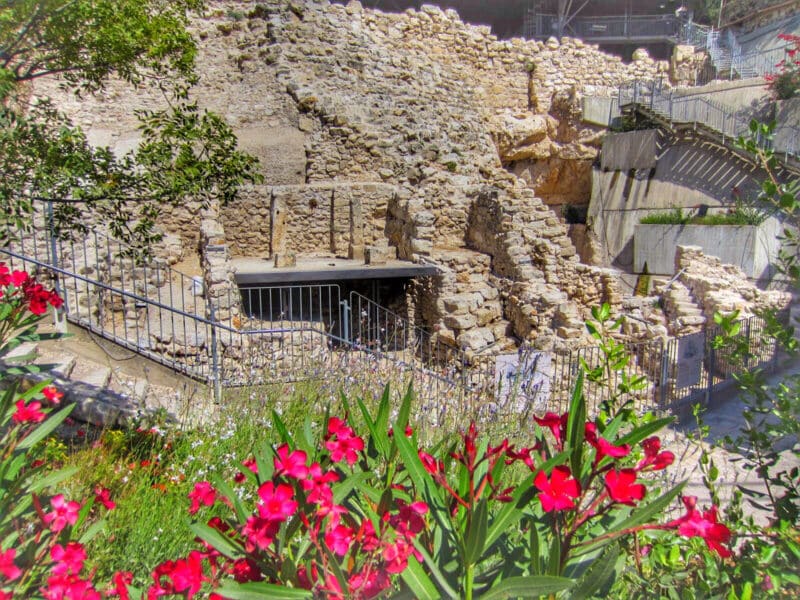 The first research for the Biblical Jerusalem above the Gihon Spring was done by British Archaeologists in the 19th Century. But only after the Six-Day War in 1967 large scale excavations began at the area, by an expedition from the Hebrew University. According to archaeological method the areas that were to be excavated were labeled by Latin letters. Area G was the name given to excavation area on the slope above Gihon Spring. Compared to other sites, area G proved to be quite rich in finds. Among others, the expedition found massive support walls to a large structure, possibly King David’s Palace. Above it, a typical Israelite house was uncovered, which even included a toilet stone seat. Next to it remains of a house with burnt furniture fragments is attributed to the Babylonian conquest of Jerusalem in 586 BCE. The Expedition also found in area G a hoard of stamped seal impressions (bullae), an important testimony to the literacy and administration in Biblical Jerusalem at the 8th to 6th centuries BCE.

Touring Area G can be combined with a guided day tour of Jerusalem that will include the City of David.