The Armenian Church on Moun Zion began to be built in 1975, but was never completed, because of a dispute with the municipality. 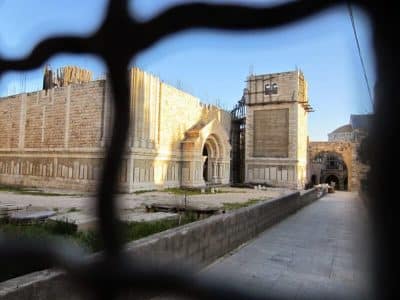 According to local tradition, below the church one an see the remains of the house of Caiaphas, the high priest who interogated Jesus. The site is officialy closed to the public, but I might be able to set a tour to the complex via a mechanism called “bakshish”.. 😉

The complex inside bears unique remains of a first century complex, possibly the house of the high priest, and a section of a street from the Byzantine period.  The Armenians also claim to identify the house of Annas, the Father in law of Caiaphas, who also questioned Jesus.

Contact us to inquire more about a private tour to Mount Zion: