Galita is one girl’s dream come true. Set in the former cowshed of kibbutz Degania Beth, Galilta Chocolate farm invites families and groups to participate in a chocolate workshop, sample, taste and purchase some of its chocolate delights. 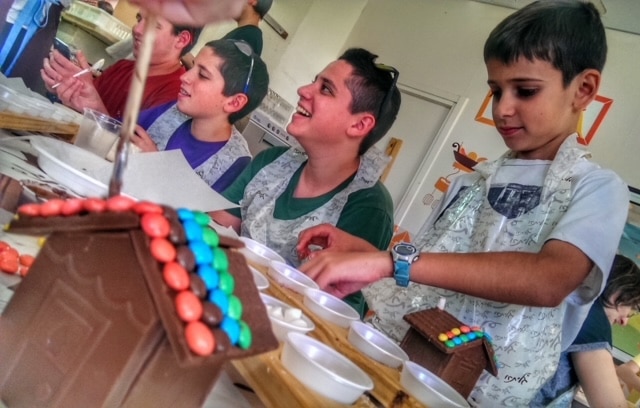 Galita was established by Galit Lev Alpert, after studying for three years at the Chocolate academy in Belgium. In 2007 she converted the first cowshed in kibbutz Degania to her factory store, fulfilling her dream to become a chocolatier in Israel. Galit invites people of all ages to participate in one of her 8 creative chocolate workshops. Galita also operates a bar, serving hot and cold chocolate drinks, and a tempting gift shop.

Galilta is a MUST for all chocolate lovers when traveling around the Sea of Galilee. The visit can be combined with a tour of Kibbutz Degania, the precursor of the whole Kibbutz movement.

Galita is open every day of the week. It is recommended to book in advance the chocolate workshops. The products are all kosher, but it operates on Shabbath.

A visit to Galita can be combined with a guided day tour of the Galilee.