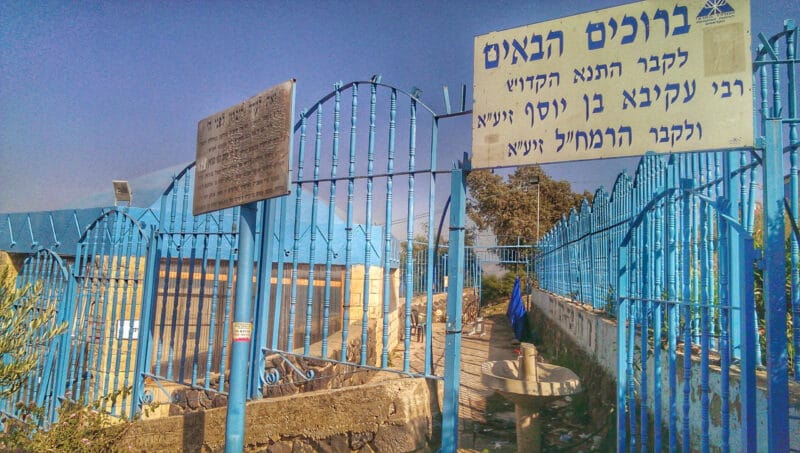 Rabbi Akiva was a poor shepherd attending Kalbasavua. Falling in love with his daughter, Rachel, she convinced him, at the age of 40 to study and become a Jewish Scholar. 24 years later, he had thousands of students, yet remind humble and grateful to his wife. Rabbi Akiva actively supported the second Jewish revolt against the Romans, and labeled its commander, Shimnon Bar-Kokhba, as Messiah. Eventually he was martyred by the Romans in Caesarea, yet by local tradition was buried in Tiberias. His wife, Rachel, is said to be buried in Tiberias as well.

Touring the Tomb Mark of Rabbi Akiva in Tiberias

A tour to Rabbi Akiva and the Ramchal Tomb Marks can be combined in a tour of Tiberias, and a guided day tour of the Galilee.

Contact us to inquire more about a private tour to Tiberias: