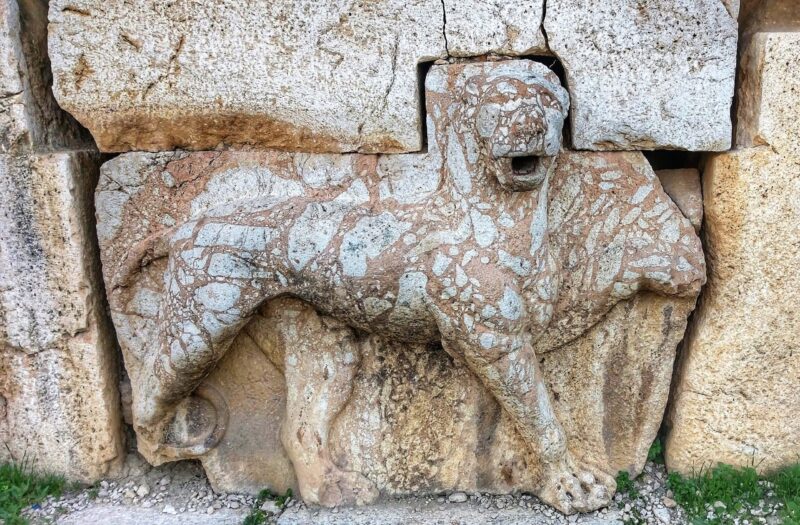 Nestling in a lush green valley west of Amman, Iraq el-Amir (‘Caverns of the Prince’) is an archaeological site from the Hellenistic period. Its most striking feature is a magnificent two-story high building built of mass-size ashlar stones. Called in Arabic Qasr el-Abd (‘Castle of the Servant’), the mansion is identified as the palace of Hyrcanus, a member of the Jewish Tuviah family which oversaw regional tax collecting in the 2nd century BCE. According to historian Josephus Flavius, Hyrcanus built a manor house in the family’s estate, Tyros, which included images of animals. Indeed, the structure bears reliefs of lions, leopards, and eagles.

Hyrcanus… seated himself beyond Jordan, and …erected a strong castle, and built it entirely of white stone to the very roof, and had animals of a prodigious magnitude engraved upon it. He also drew round it a great and deep canal of water. He also made caves of many furlongs in length, by hollowing a rock that was over against him; and then he made large rooms in it [the rock], some for feasting, and some for sleeping and living in. (Ant. 12:232-233)

In perfect accordance with Josephus’ writings, along the cliffs around Qasr el-Abd 15 caves were recorded, used for different purposes. At the entrance to one of them the word ‘Tuviah’ is chiseled in big letters. The castle was excavated in the 1976-1982 and was partially reconstructed in the 1990s. It was further developed in 2018 when pathways and a small visitors center were added around the site. 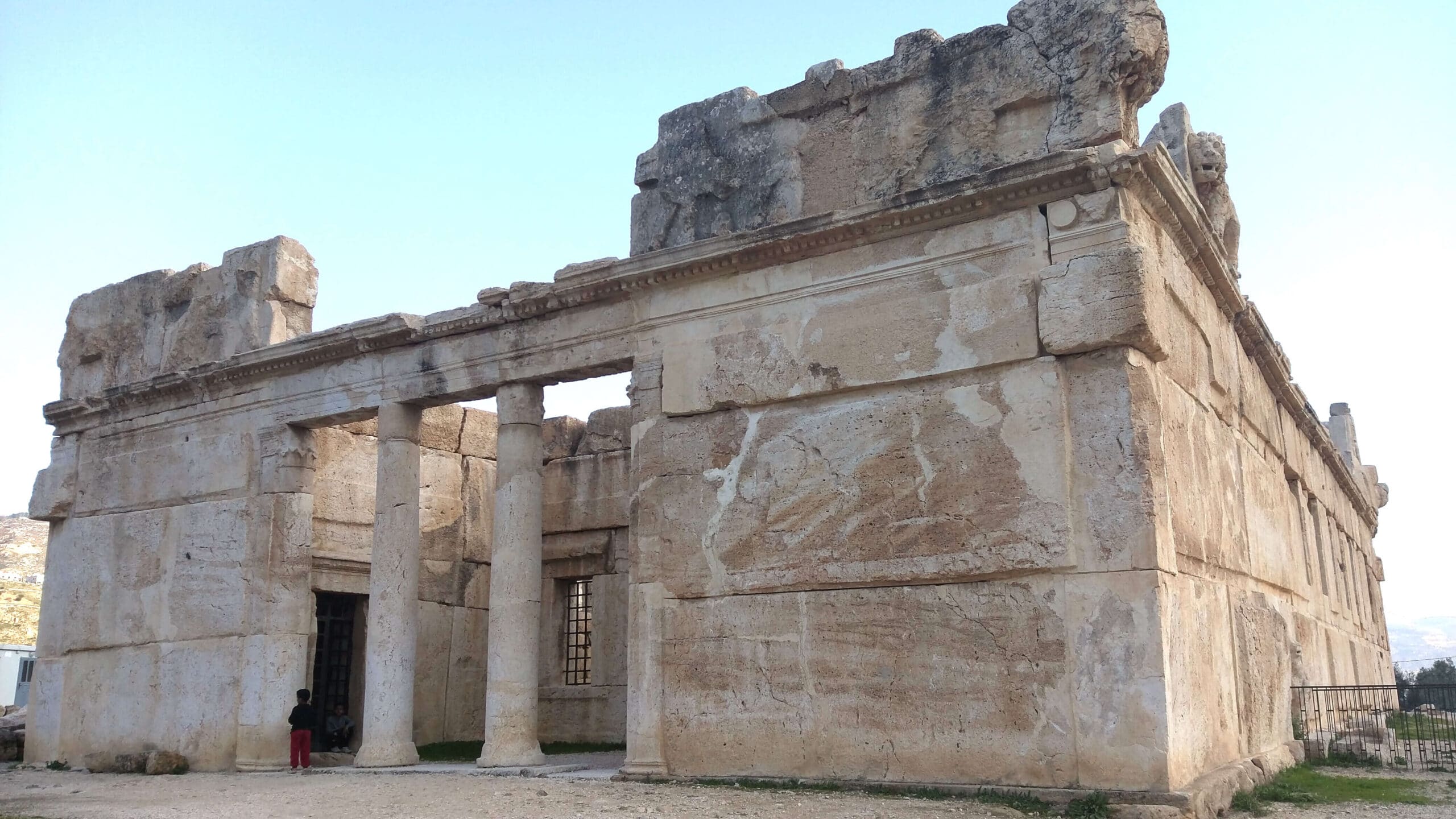 The site is open year-round and is free of charge. It is best to visit it in the spring when the valley is in beautiful spring blossom. The valley of Iraq el-Amir is also a popular picnic destination among locals.

A visit to Iraq el-Amir can be combined with a multi-day tour of Jordan.