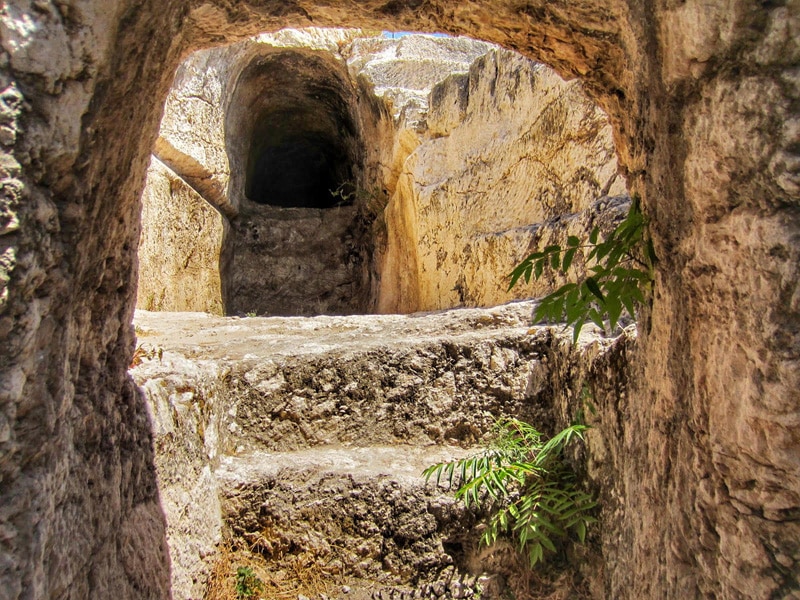 One of the biggest archaeological mysteries in Jerusalem is tracking the lost tomb of Kings of David and Solomon. Although it is mentioned in the Bible and sources parallel to the time of the New Testament, to this day they have not been found for certain.

King David’s Tomb in the Bible

According to the Bible King David was buried within the City of David, joining the burials of his forefathers (I Kings 2:9). His tomb was also used later for the burial of King Solomon, and most of the Kings of Judah. The Bible does not provide any detail about the shape or location of the tomb, except that it was within the city. First century sources indicate that the royal tombs were still known at that time as well, but they are not mentioned in any later sources.

The Search After King David’s Tomb

In 1913 the Jewish-French Baron Edmond James de Rotschild sponsored an archaeological dig in the southern slope of the City of David in search of the Biblical era royal tombs.  The expedition, led by Jewish-French Archaeologist Raymond Weill, uncovered two halls partially carved into bedrock. He speculated that these could be the remains of the Biblical royal tomb, but he failed to provide any finds beyond the halls to support this theory. Being so, most scholars rejected Weill’s conclusions. Some speculated that these halls are reallypart of a building complex from Roman times. However, recent research by archaeologist Norma Franklin presented parallels to the such halls used for royal burials, suggesting that perhaps Weill was right after all.

The Other Tomb of King David

The lack of clear evidence for David’s burial led to a mediaeval tradition tracking his tomb is really on Mount Zion. The site is venerated by Jews to this day, although it contradicts the Biblical clear indication that David was buried in the City of David, note at Mount Zion.

Touring King David’s Tomb Site in the City of David

The Halls discovered by Weill are within the City of David National Park. They can be accessed from by a foot path from the entrance, about halfway between Area G and the Pool of Siloam.

A tour of King David’s Tomb site can be combined with a guided day tour of Jerusalem that will incude the City of David.