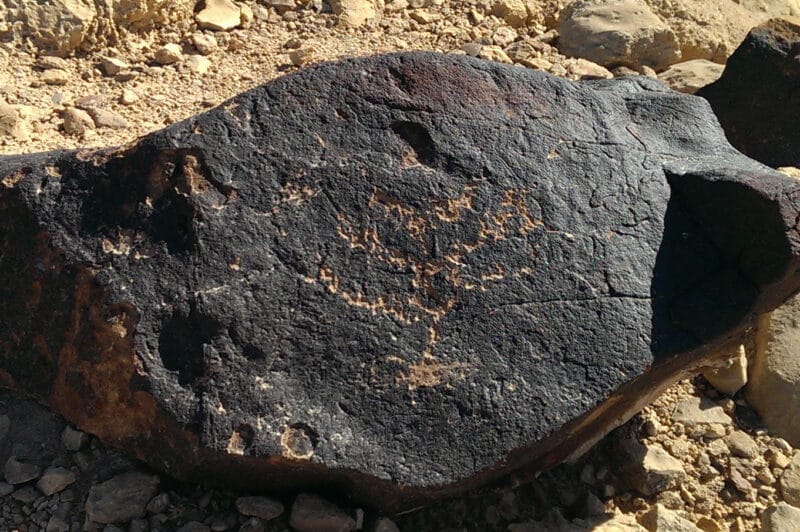 Set in the heart of the Negev, Mount Karkom is one of the most mysterious archaeological sites in Israel. Dating to proto-historical periods, the site is characterized mostly by hundreds of rock engravings. In the 1980s Italian archaeologist Emmanuel Anati documented over 40,00 petroglyphs, and anthropomorphic rock sculptures. He concluded that Mount Karkom could be the site of biblical Mount Sinai. Although other scholars do not follow this hypothesis, there is a consent that the mountain may have had a religious significance. At its base there is also a mysterious set of 12 standing stones, reminiscing the 12 standing stones Moses erected at the foot of Mount Sinai: “Moses then wrote down everything the Lord had said. He got up early the next morning and built an altar at the foot of the mountain and set up twelve stone pillars representing the twelve tribes of Israel.” (Exodus 24:4). Among the rock art are also shapes reminiscing the menorah and an altar. Furthermore, the Arabic name of the site, Gabel Idid (‘Mount of the celebrators’) suggests is was a pilgrimage destination in the past. 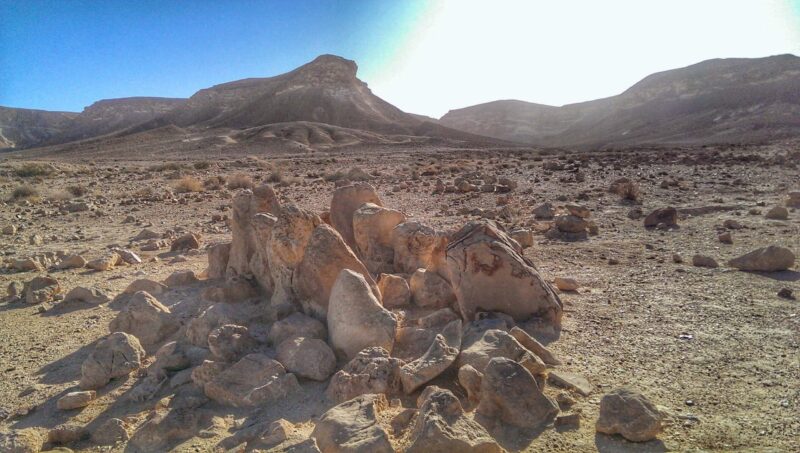 Mount Karkom is at one of the most remote locations in the Negev desert, and within military training zone. Being so, it can only be reached on the weekends and Jewish Holidays, and only by an off-road vehicle. The ride from Mizpe Ramon, is about 3 hours’ drive, each way.

An off-road tour of Mount Karkom can be combined with a two days tour in the Ramon Crater.

Contact us to inquire more about a private tour to Mount Karkom: