Located about 75 miles south of Tel-Aviv, Beer-Sheva is the capital of the Negev region. Founded by Abraham, some 4,000 years ago, Beer-Sheva has a long and rich history. Abraham’s tent evolved into a modern metropolis, a regional center of industry and commerce. 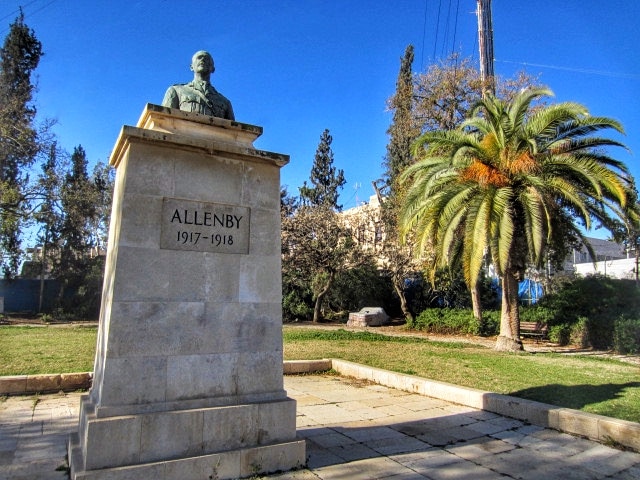 Beer-Sheva is at the edge of the desert where underground water is relatively close to the surface. The Book of Genesis records how Abraham dug here a well for his flock. Later, at the well, he signed a peace covenant with Avimelech, king of Gerar. To affirm it, Abraham named the well after their peace agreement: “Therefore he called that place Beersheba, because there the two of them took an oath” (Genesis 21:21). Beer-Sheva became a regional and religious center at the southern edge of the Israelites (I Kings 5:5). It was also a significant center in Roman and Byzantine times. In the early 20th century, the Ottomans designed a new city – today’s Beer-Sheva old city. Modern Beer-Sheva is a regional center of industry, commerce, administration, and culture. It also has a big medical center, a university, and an engineering college.

Things To Do in Beer-Sheva

Beer-Sheva is not often on the itineraries of tourist, but there are a few unique sites and activities to experience if traveling in the south of Israel. Most recommended are:

Abraham’s Well – The historical core of Beer-Sheva is a well near the old city. By Centuries’ old tradition it was dug by the Patriarch Abraham (Genesis 21), and was later used also by his descendants Isaac and Jacob. Today, a modern visitors’ center around the well presents Abraham and his legacy.

The Ottoman City – Established in 1906, the new city of Beer-Sheva was designed next to ‘Abraham’s Well’. It had a modern European design of intersecting streets, and public institutions. Today, known as Beer-Sheva’s old city, some of its buildings were nicely restored. Its first governor’s house became the Negev Museum of Art.

The Bedouin Market – Operating since 1906, the Bedouin market takes place every Thursday at the southern end of the city.  Camels, sheep, goats, and pigeons regularly change hands here, yet tourists might find some unique local souvenirs. * [In 2017 the Bedouin market was closed by the municipality for a new location which has not been determined yet].

Brutalist Architecture – In the 1960s-1970s many of the building projects in Beer-Sheva were implementing the ‘brutalist’ architectural trend. Characterized mostly by big blocks of exposed concrete, today these structures look more like unfinished projects. Still, they are an international attraction among architecture buffs.

Turkish Railway station – Built in 1915, Beer-Sheva’s train station was along the Ottoman railway towards the Suez Canal. Operating on steam, the station had a water tower, and a terminal. During the British Mandate the station went of use for lack of sufficient traffic. In 2013 it was restored by the state of Israel, who also placed in it a British period locomotive.

Australian Soldier Park – A monument commemorating the ANZAC Mounted Division that captured Beer-Sheva in 1917. Established in 2008, at its entrance is an impressive bronze statue of a galloping Australian horseman. The park itself is a popular children’s playground, designed also to accommodate and integrate children with special needs. 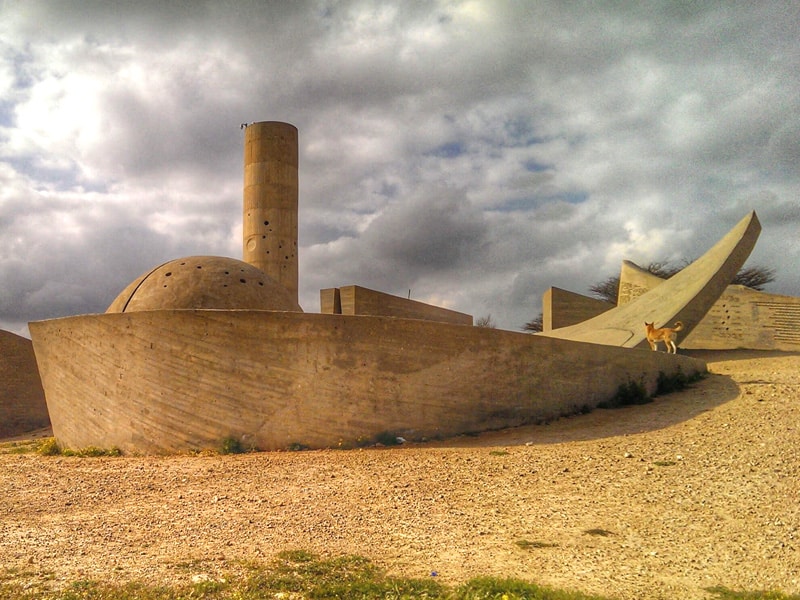 Negev Brigade Memorial – A remarkable 1948 war monument designed by the renowned landscape artist Dani Karavan on the outskirts of Beer-Sheva. Cleverly Intertwined abstract cement shapes and detailed maps form one of the most known war monuments in Israel.

Tel Beer Sheva – Recognized as a World Heritage Site by UNESCO, Tel Beer Sheva, was a Judean regional center some 2,800 years. With its Israelite level exposed in its entirety, the mound is one of the best places in Israel for a detailed review of Biblical Archaeology.

Israeli Air-force Museum –  6 miles west of Beer-Sheva, the Israeli Air-force museum showcases over 150 war planes, training planes, helicopters, and more. A devoted staff of soldiers lead guided tours through the vast outdoor exhibit, followed by a visitors’ center which presents fabled  operations like Entebe, and the raid on Iraq’s Nuclear plant in 1981.

Contact us for a private tour of Beer-Sheva and other sites in its vicinity.

Contact us to inquire more about a private tour to Beer-Sheva: