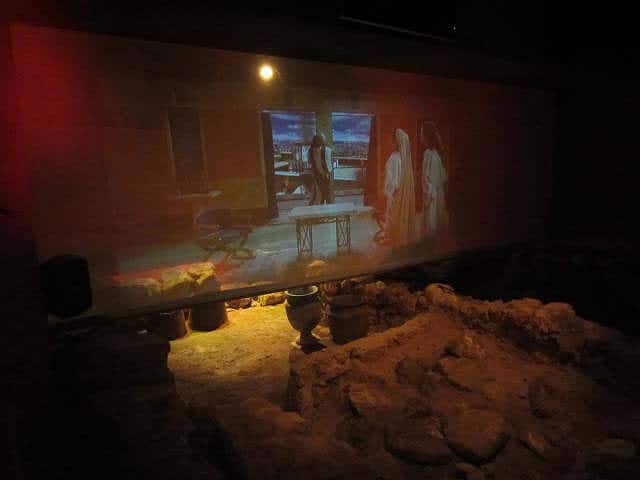 In 1948, during the Israeli-Arab War, the Jordanians conquered the Jewish quarter, and cleared all its Jewish population. The quarter was left in ruins for 19 years. But as a result of the Six-Day War, in 1967, Jerusalem was re-united, under Israeli sovereignty.

The state of Israel strived to rebuild the Jewish quarter of its ruins as quickly as possible and resume its Jewish presence. But before it could be done, a large-scale excavation project was set. Many different discoveries were made, many of which developed into popular tourist attractions.

Among others, the archaeological expedition uncovered the foundations of a 2,000 year old house that burnt in a big conflagration. The artifacts found in the destruction layer indicated the house was of a very wealthy family, probably of Jewish priests. The finds included imported pottery and glass, a mold for minting coins, ink wells, and an inscribed stone weight reading “[of] son of Katros”. Katros was indeed a name of one of the richest families of priests residing in Jerusalem at the time.

The Burnt House is under control of the municipality. A video show above the finds presents the possible scenario of the tragic events that led to the destruction of the house, as a result of the Jewish big Rebellion in 66-70 CE.

Touring the Burnt House can be combined with a day tour of Jerusalem.