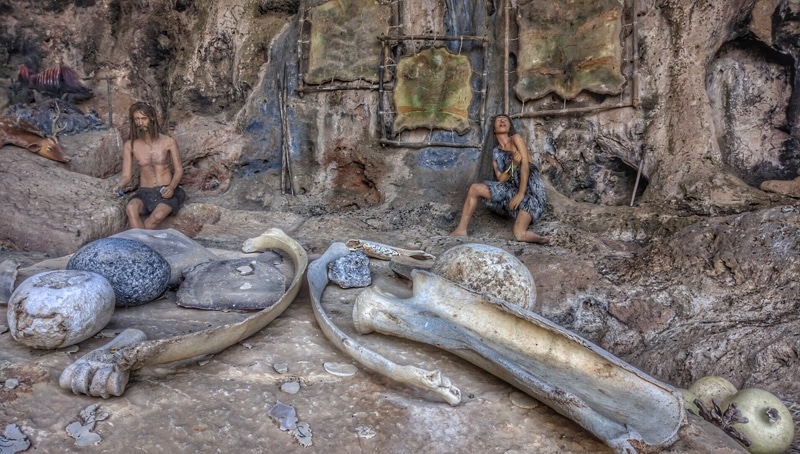 The Mount Carmel caves were discovered by chance in 1928 while planning to quarry in the area. With significant remains of both Homo Sapiens and Neanderthals, the site is a National Park and a UNESCO World Heritage site.

The Discovery and Research of the Carmel Caves

In the 1920s the British planned on forming a new modern-scale port in Haifa. While surveying the Carmel region for quarries to build the port, prehistorical artifacts were recovered in a set of caves along the western edge of the Carmel, about 12 miles south of Haifa. An archaeological expedition, led by Dorothy Garrod, excavated in four caves, and made some groundbreaking discoveries related to Human evolution:

With such significant finds, it is no surprise that the site became a state national park (Nahal Me’arot Nature Reserve). In 2012 it was also recognized by UNESCO as a World Heritage Site. 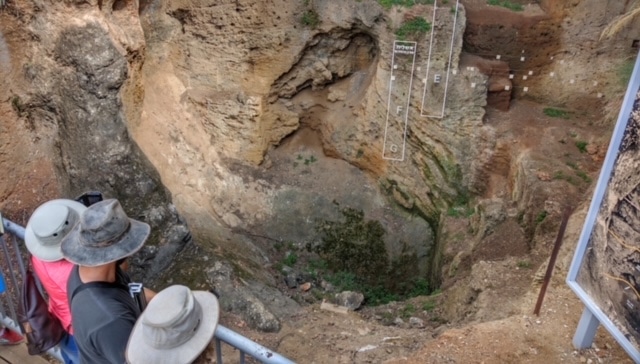 Tabun Cave – Named after an Arabic oven, this chimney-shaped cave contains 7 main layers, covering about half a million years of human activity. It also included a burial of a Neanderthal, whose brain capacity is the same as Homo Sapiens, but it lacked the chin and had a low forehead. Dating to about 130,000 years ago, it is considered to this day as the earliest evidence in the world to Human purposeful burial.

Gamal Cave – A smaller size shelter that yielded mostly tools that was in use between 400,000 to 250,000 years ago. Today, a children-friendly display of prehistoric-like models and their tools illustrates daily life of the prehistoric men.

Nahal Cave – The third cave is 70 meters deep and was used between 45,000 to 10,000 years ago. Once reaching its innermost section, an audio-visual presents a dramatization of life in Prehistorical times. At the entrance, a replica of a Natufian period burial represents the proto-agrarian period, about 10,000 years ago, when humans lived outside the cave.

Skhul Cave – A small shelter outside today’s national park, yielded significant remains of burial of 7 adults and 3 children, all Homo Sapiens. Dating to 120,000-80,000 years ago, this among the earliest evidence in the world of human purposeful burials. It also prompts the debate of possible coexistence of early Homo Sapiens and Neanderthals, whose remains were uncovered in Tabun cave. 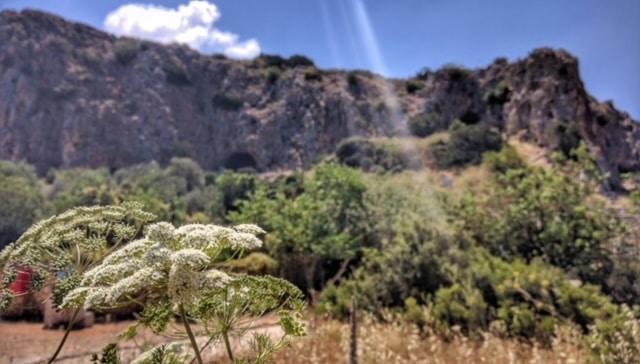 The site is open every day of the week (8:00 to 17:00) and had an admission fee. Three of the caves are open to the public, although the first two are more like shelters, viewed from the side, behind a barrier.

A tour of the Carmel Prehistoric Caves can be combined with in a day tour in the north.

Contact us to inquire more about a private tour to the Carmel Prehistoric Caves: