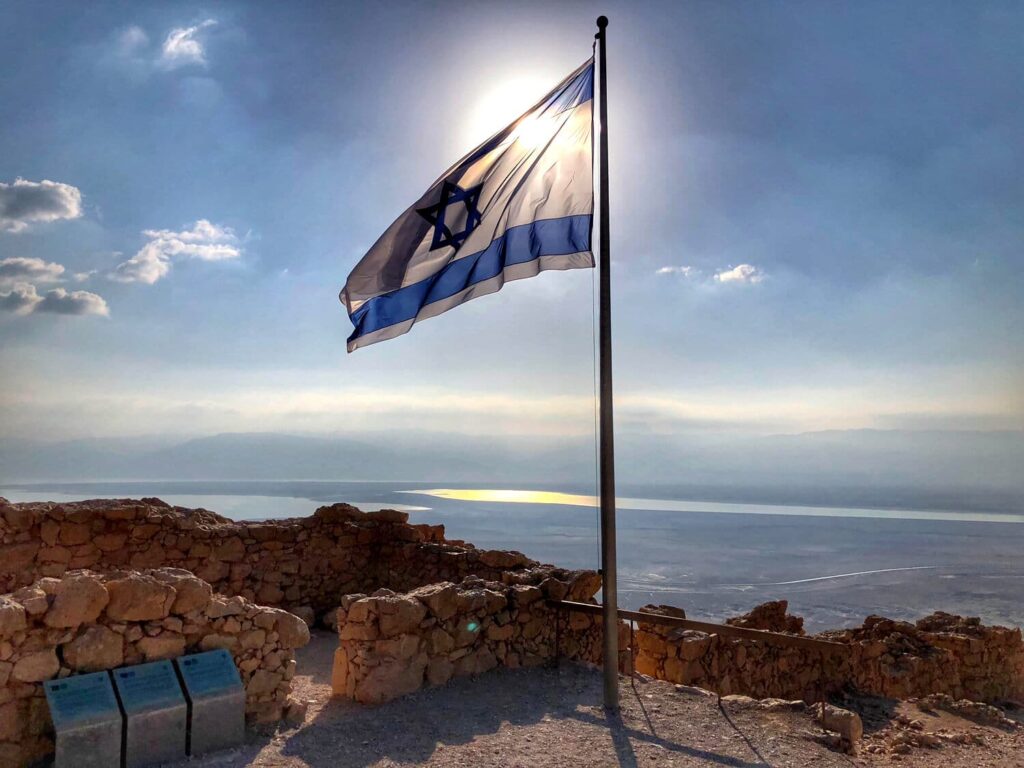 Located on an isolated rock plateau in the southern end of the Judean Desert, Masada undoubtfully a very remote spot and a special effort to reach. Yet this iconic site, famed for the Jewish uncompromising fight for freedom in ancient times, is the most popular national park in Israel.

The benefits of Masada were possibly recognized already by David and the Maccabees, but the first to build in Masada was Herod the Great. During the First Century BCE he transformed the mountain into a Fortified desert palace. He may have stored also some of his wealth at the site, but it was mostly an asylum for the King. Fearing his subjects, Herod designed several fortified palaces in case of a local rebellion. Masada was the biggest and most protected of all. It included a casemate wall, two palaces, 18 storages halls, 2 bath houses, and a large swimming pool. The ensure the water supply, Herod’s engineers dammed the flash flood water into 12 giant cisterns. Slaves and donkeys would then haul the water up to the top. But Masada’s famous and tragic chapter would take place some years later. Following the failure of the Jewish rebellion against the Roman empire, hundreds of Jews fled from Jerusalem. Some ran away to Masada, held by a militant Jewish order called the Sicarii. However, by 73 CE the Romans decided to capture also the rebels of Masada. The tenth legion marched to the site, and formed a siege wall, camps, and a massive ramp against the side of the mountain. The rebels attempted to reinforce the wall facing the ramp, but it was in vain. When loosing hope, the leaders of the rebels favored a mass suicide to Roman slavery. All women and children were killed, and the man killed one another by a lot. The Romans conquered the site but found only 2 women and 5 children alive. The site would be briefly settled again only centuries later, by Christian Monks. They lived among the ruins of the site, and added only one structure, a church, next to the western entrance.

Following the Muslim conquest of the land the site was again abandoned, and eventually its location was forgotten. Masada was rediscovered in the 1838, by American Scholar Eduard Robinson. In the 1960’s the state of Israel launched an archaeological expedition to the site. Led by the legendary archaeologist Prof. Yigael Yadin most of the site was exposed. The expedition uncovered a wealth of finds. Most dramatic were the personal artifacts originally owned by the Jewish Rebels, and a synagogue they had built.

In the early 20th century the Zionist movement adopted Masada as a symbol for Jewish Heroism. Youth groups would climb up the steep ascent, and shout on the top the famous call “Masada will never fall again!”. To this day Israeli and overseas Jewish youth groups favor a hike to the top of Masada at sunrise following this tradition. Till recently IDF units would also preform ceremonies on the top of Masada. 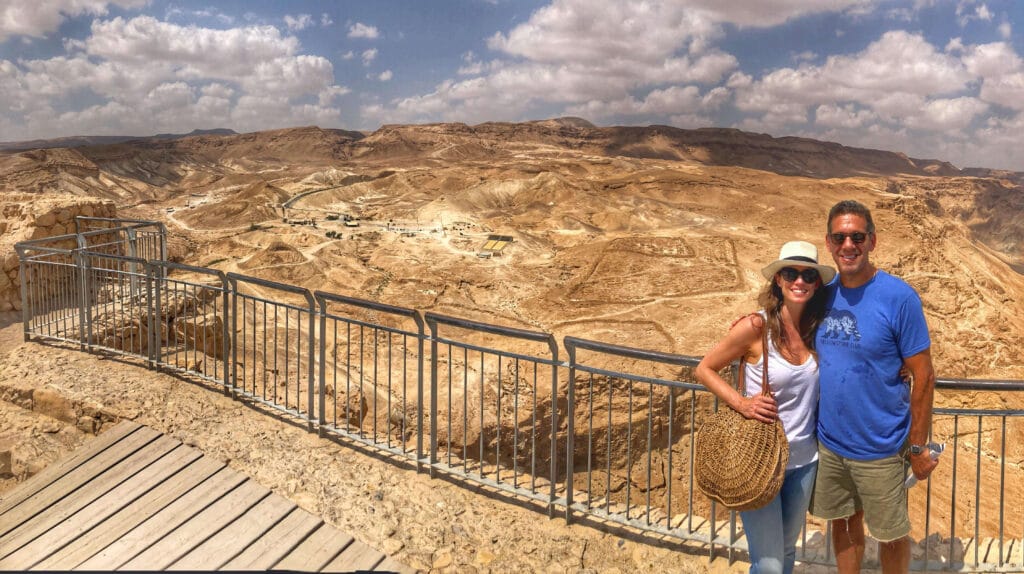 Following the excavations of Masada in the 1960’s, a large conservation project was launched, restoring mosaics and walls, and setting paths , shades and water faucets. At the base of the site a visitor center and a museum were also added, as well as cable car. Nevertheless, touring Masada can be a challenge, especially in the summer. It is about 2 hours’ drive from Jerusalem, and the temperatures during the day can reach a 100 Fahrenheit. It is recommended to get to Masada as early as possible. The first cable car ride is at 8:00. But whether climb Masada at sunrise or reach it by the cable car, Masada is an unforgettable experience. The wealth of finds relating to its dramatic history, the majestic beauties of the desert, and the panoramas of the Dead Sea resonate with you also long after visiting the site.

Visiting Masada can be combined in a Day tour of the Dead Sea.

Contact us to inquire more about a private tour to Masada: