Rising next to a cave at the foot of the Gilboa mountains, Harod Spring (Hebrew: “Mayan Harod”) is one of the main springs in the Beit-Shean valley. Mentioned in several historical sources, today Mayan Harod is quaint national park. Its water flows into large paddling pools, attracting locals of all ages. 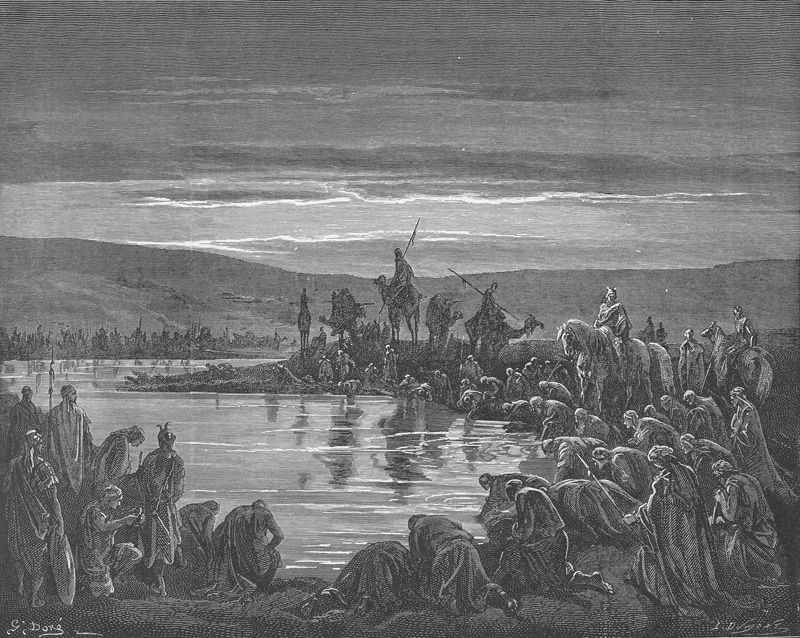 The first mention of Mayan Harod is in the book of Judges. Threatened by the Midianites, prophet Gideon assembles his army at the spring. But to determine who are elite soldiers, Gideon invites them to drink from the spring.

“Three hundred of them drank from cupped hands, lapping like dogs. All the rest got down on their knees to drink. The Lord said to Gideon, “With the three hundred men that lapped I will save you and give the Midianites into your hands. Let all the others go home.” (Judges 7:6-6). 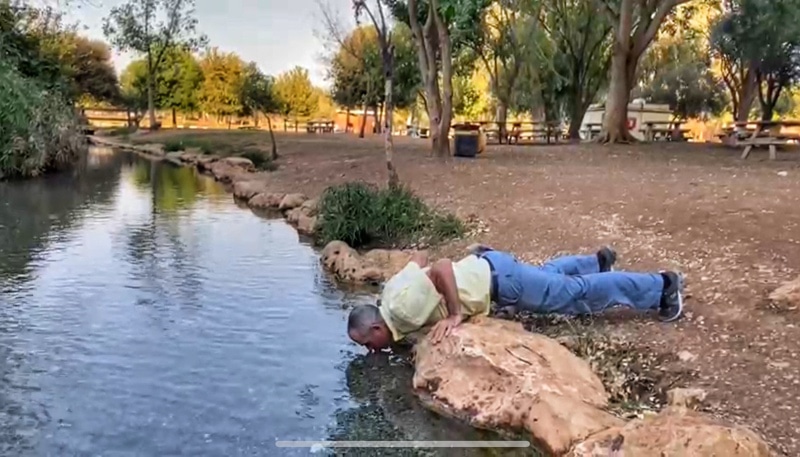 With the smaller force of 300 man, Gideon indeed defeated the Midianites. Later at the “Spring which is in Jezreel” (1 Samuel 29:1) the Israelite king Saul gathered his army against the Philistines. However this time Saul lost, and died in battle. Hearing this in Ziklag, David lamented over his death, and was crowned king.

Medieval sources confused Harod spring to be battle site of David and Goliath. Being so, the Arabs called the spring “Ein Jalud” (Arabic: “Goliath’s spring”). In 1260 CE near this spring the Mamluks defeated the Mongol army. The battle was accordingly named “the battle of Ein Jalud”. In late antiquity the water of Mayan Harod were diverted by an aqueduct into several flour mills. Today, the remains of these flour mills can be seen outside the park. In 1921 the region of the spring was purchased by the Zionist movement. Jewish farms were established around it. The spring itself was eventually turned into a national park.

The humble-sized Bauhaus-style structure above the cave and the spring was the home of Yehoshua and Olga Hainkin (1864-1945). He built the house when he was 70 years old and lived in it for 10 years. Today the house operates as a museum devoted to Hainkin and his lifetime goal to redeem Jewish land for the Zionist movement.

Mayan Harod is a national park. It is open every day from 8:00 to 17:00. Visiting the Hainkin house and museum must be set in advance. A tour to Mayan Harod can be combined with a private day tour in the north.

Contact us to inquire more about a private tour to northern Israel: