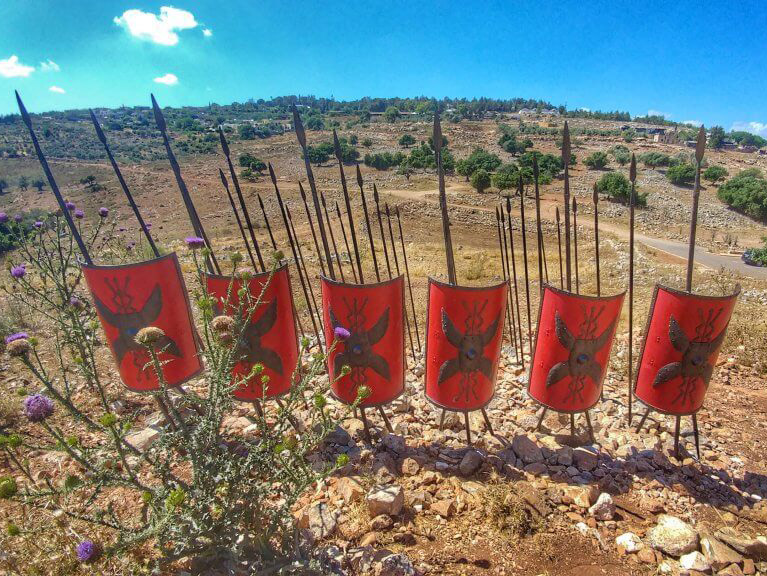 Tel Yodfat is an archaeological site in the lower Galilee that witnessed a fierce battle between the Jews and the Romans about 2,000 years ago. In 67 CE Yodfat was the first Jewish town to be stormed by the Romans, brutally suppressing a local rebellion. Today the site bears remains of both daily-life and the battle that ended with a total destruction of the site.

History and Archaeology of Yodfat

According to the Mishnah, Yodfat was settled already in the time of Joshua. The biblical town apparently existed until the 8th century BCE. In 732 BCE the Assyrian king Tiglat Pileser records ‘Yotvat’ among the cities he conquered in Israel. Yodfat was settled again in the 4th century BCE, and by the 1st century it was a big Jewish town. When the Jewish rebellion broke out (66 CE) Josephus oversaw the armament of the city, preparing it to a Roman assault. Later, as an historian in Rome, he documented the battle in detail. Vespasian was eager to destroy Jotapata; for he was informed that the biggest number of the enemy had taken refuge there, and that in addition it was a strong base for their activities… (wars 3 7 3) the whole force, cavalry and infantry, including the men contributed by the kings, totaled 60,000, apart from servants who followed in great numbers.(wars 3 5 2). For more than six weeks the rebels held against the Roman repeated attacks, but eventually Yodfat was conquered, and razed to the ground. 40,000 men were killed, and 1,200 women and children were enslaved. Josephus himself was captured, but according to his testimony he prophesized to Vespasian his emperorship, and so his life was spared. The Romans continued their conquests in the north, and conquered Jerusalem by 70 CE. Yodfat itself may have been resettled in the late Roman period, but it is not mentioned in any later sources. Eventually the site was abandoned, end even its location was forgotten.

Yodfat was identified in 1847 on a hill 11 miles north of Sepphoris, and 17 miles east of Akko. Only in the 1990s partial excavations took place at the site, uncovering some of yodfat’s defenses, a burial pit of some the rebels killed in the battle, and residential areas. 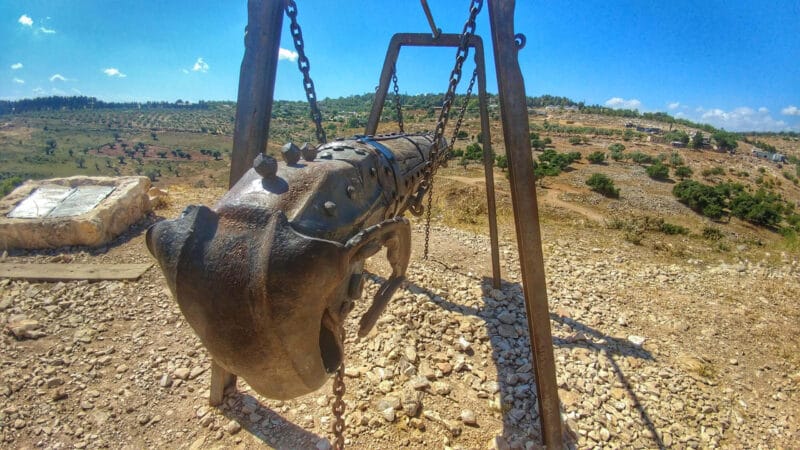 Since 2014 Yoffat is a national park. Several visual aids spread through the site illustrate the Roman conquest of Yodfat. Marked trails lead visitors through the different parts of the mound, and they are accompanied by plaques with explanations. Reading Josephus and contemplating on the great battle here about 2,000 years ago, makes touring Yodfat a very moving experience.

A tour of Tel Yodfat can be combined with a day tour in the north.

Contact us to inquire more about a private tour to Tel Yodfat: