Finds Related to the Jewish Temple on the Temple Mount 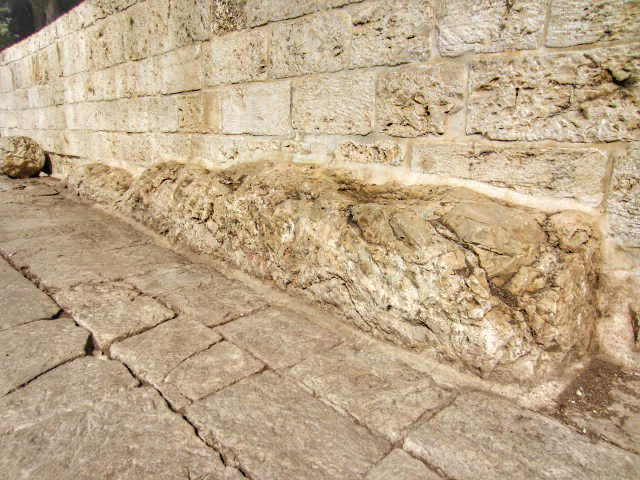 Jerusalem’s Temple Mount is one of the holiest sites in the world. By Jewish belief it is where Abraham offered his son, Isaac, for sacrifice, and later it became the site of Solomon’s Temple.

Since the 7th century CE the Muslims venerate the Temple Mount as well, arguing it is where Muhammad ascended to heaven, to receive from Allah the 5 daily prayers in Islam. The Muslims also built an iconic monument to mark Muhamad’s ascension – the Dome of the Rock, and a grand mosque near it – the Al-Aqsa Mosque.

In the 19th century certain archaeological surveys were conducted on the Temple Mount, but later the Muslims forbade any further research. Being so, the architecture of the Temple Mount prior to the 7th century CE is very limited. Nevertheless, certain visible architectural elements, as well as bed rock formations, provide a clue on the Mountain’s history in ancient times, and especially on its shape in the first Century.

Due to the ongoing tension between the Palestinian Muslims and the Jewish state of Israel, the entry to the Temple Mount is quite restricted. It is open only a few hours a day, and the cue to enter can be long, do to the required security procedure. Moreover, since 2000 the local Muslim religious trust (the Waqf), does not allow non-Muslims to enter the Mosque and the Dome of the Rock. But it is possible to walk in the open public parts of the Temple Mount, and review also the few remains that are possibly connected to the Herodian Temple that once stood here.

A tour of the Temple Mount can be combined with a guided day tour of Jerusalem.