Ruheiba / Rehovot in the Negev 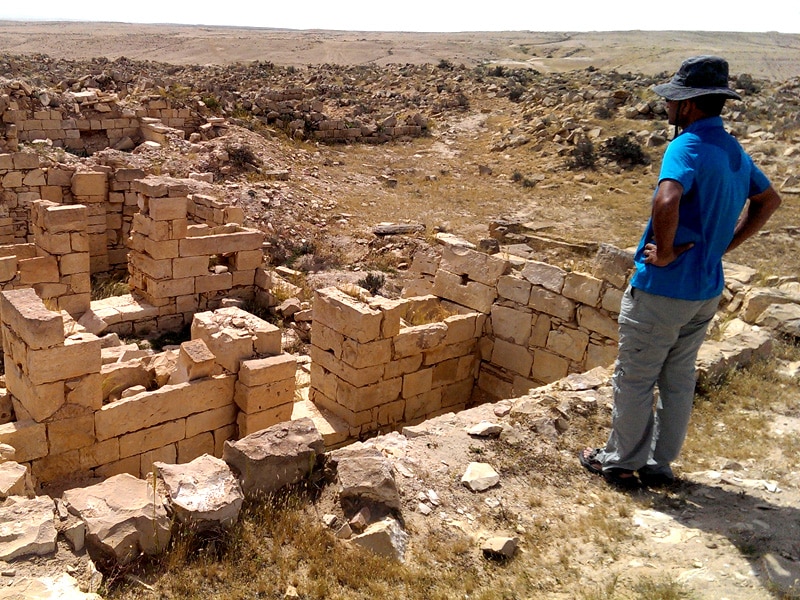 Set deep in the heart of the Negev desert, Ruheiba was a rural town that prospered in the Byzantine period. Covering an area of 30 acres, it is estimated that about 3,000 people lived here. Perhaps some were employed by the Romans to guard and petrol the Imperial borders. Surveys of the surroundings of the site indicated that the dwellers of Ruheiba developed a sophisticated water system. Rain fall was drained into terraced fields and water cisterns, providing water and food to last the year-round. The site was probably abandoned following the Muslim of the region. Today, even its ancient name is not known.

The main excavations of Ruheiba (also called in Hebrew ‘Rechovot in the Negev’) were carried out in the 1970s by an expedition from the Hebrew University. The team uncovered some of the site’s private houses, and the remains of two churches.

The Incense Route and the Negev

The ‘Incense Route’ was a network of ancient roads that enabled transferring precious spices and perfumes across the Arabian Peninsula to the Mediterranean coast. The full length and exact path of the Incense Route is still not fully known. It began somewhere in Yemen, passed through Mecca, Medina, Petra, and ended in the ports of Gaza and El-Arish. The path from Petra to the Mediterranean coast is better documented. It passed the Aravah and the traversed through the heart of the Negev, including a difficult cross of the Ramon Crater. Today, the route and its related archaeological sites are UNESCO World Heritage Sites.

The site can only be reached by an off-road vehicle, and only on weekends, as the area is in military training zone. A visit to the site can be combined with an off-road day tour along the ‘Incense Route’.

Contact us to inquire more about a private tour to Ruheiba: