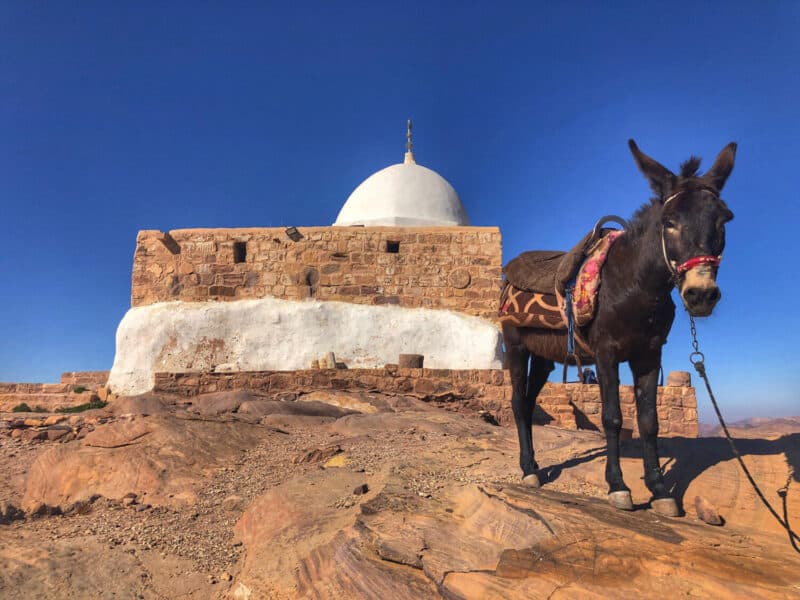 Set on a remote hilltop southwest of Petra, Jebel Haroun (In English: Aaron’s Mountain) marks the burial site of Aaron, the priest and mouthpiece of stuttering Moses, Aaron died during the Israelites’ journey through the desert, and was buried at  ‘Hor Hahar‘ which was ‘by the border of the land of Edom‘ (Numbers 20:23). Since the first century CE historical sources mention the tomb being near Petra. In the Byzantine period a chapel was built at the site, which was later turned into a Muslim shrine. Like Petra, the site’s location was lost in the middle ages. It was rediscovered by the Swiss explorer Bukhardt in 1812, and was first visited by two Englishman, Irby and Mangles, six years later. 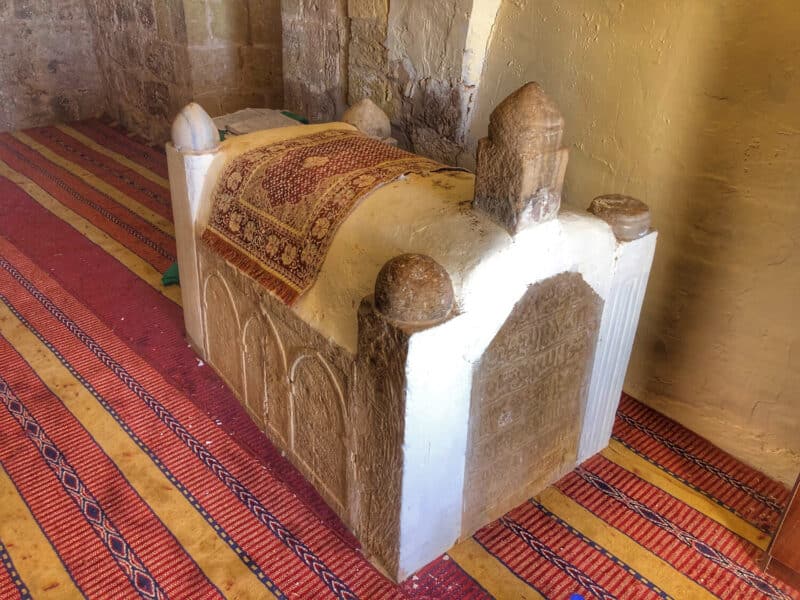 Today, the site attracts Muslims, Christian, and Ultra-Orthodox Jewish pilgrims, as well as adventurous travelers. The mountaintop, 4580 feet high, can only be reached by foot and involves a strenuous 7 miles hike from Petra’s main temple (Qasr el-bint), which takes about 3.5 hours. The trail is not marked, and so it is highly recommended to take a guide. He will also be needed to enter the shrine. The current welli is a white-washed single domed structure, built in 1459 CE.  The tomb mark on the ground floor is decorated with Arabic inscriptions. In the past it also had some Hebrew graffiti of Jewish pilgrims. The tomb itself is on the lower floor which is behind locked metal doors. Aside its religious significance, the Jebel Haroun’s also provides some breathtaking panoramas of Petra’s mountains, the Arava, and the Israeli Negev Desert.

450 feet west of the shrine, a Finnish archeological expedition uncovered in 1997-8 remains of a Byzantine-era monastic complex.

A tour to Jebel Haroun can be combined with a tour to Petra.