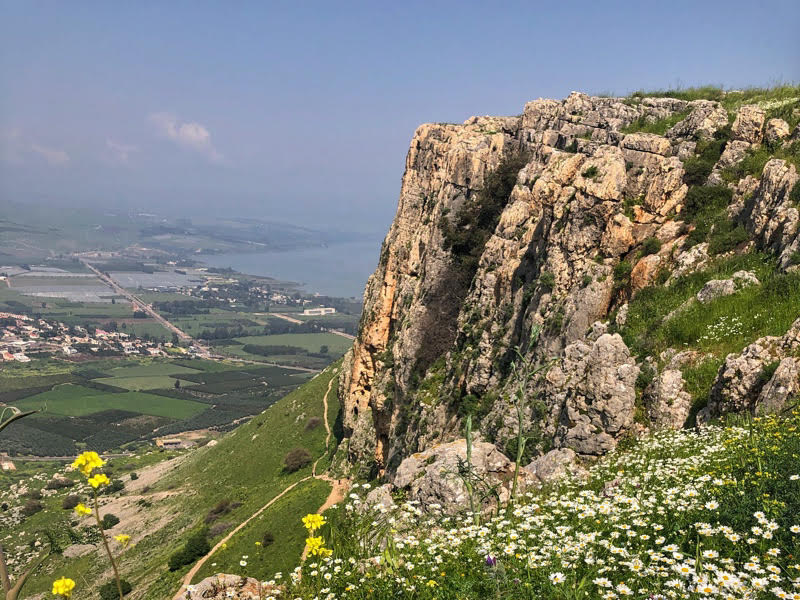 Located 5 miles northwest of Tiberias, the cliffs at the northern edge of Mount Arbel tower high above the Sea of Galilee, providing breathtaking views of the lake and its surroundings. Several marked trails enable hiking along and down the cliffs, where remarkable remains of medieval fortifications are still visible.

History and Archaeology of Mount Arbel

First century Jewish Historian Josephus records the cliffs of Arbel used already 2,000 years ago by Jews opposing King Herod. Manifesting his power, Herod lowered his soldiers in baskets tied to ropes, and captured the rebels. About a century later the cliffs were use again by Jews, when rebelling against the Romans. Later, in the Byzantine period, Jews formed villages both above and under the cliffs. In the 18th century the Bedouin ruler Daher el-Omar fortified parts of the cliffs, attempting to establish a domain in the region. Parts of the Arbel fortress are visible to this day.

In 2007 another Byzantine-era synagogue was uncovered beneath the cliffs, at Wadi Hammam. Its mosaic floor, depicting Samson and the tower of Babylon, is on display at the Israel Museum in Jerusalem.

Today, the Mount Arbel is a national park and a nature reserve. The site is open every day of the week and charges an admission fee. Marked trails enable a leisure hike along the edge of the cliffs, with some stops at magical viewpoint of northern Israel. There is also a marked trail down to the cliffs, and through Daher el-Omar’s fortifications. This trail is also part of “Israel National Trail” and “Jesus Trail”. Arbel’s ancient synagogue is outside the national park, behind the modern village of Arbel.

A tour and a hike on Mount Arbel can be combined with in a day tour in the north.

Contact us to inquire more about a private tour to Mount Arbel: