Spread mostly in the Judean Foothills (the Shephelah), the hundreds of hideouts from the time of the Bar-Kokhba revolt (132-135 CE) are a living testimony to the heroic, yet tragic, last attempt of the Jews to rebel against the Roman Empire.

History of the Bar-Kokhba Revolt

Between the years 132 to 135 CE the Jews in Judea revolted, for the second time, against the Roman empire. The previous revolt, about 60 years earlier, resulted with a destruction of Jerusalem and its Temple. The second rebellion is named after its leader, Shimon Bar-Cosiba (or Bar-Kokhba). Realizing the superiority of the Romans in battle fields, Bar-Kokhba’s strategy was leading a guerilla war. The rebels formed a network of underground caves, connected by tunnels, and they stockpiled weapons and food. This enabled them to attack the Romans by surprise and hide for a long period if needed. The partial historical information available on this rebellion suggests the Romans had to use 11 legions and auxiliary forces to suppress this rebellion. Nevertheless, after nearly 4 years of confrontations, the Roman brutally suppressed the rebellion, defeating Bar-Kokhba himself in Beitar. The Jews will gain independence in their land only about 2,000 years later, by forming the State of Israel. 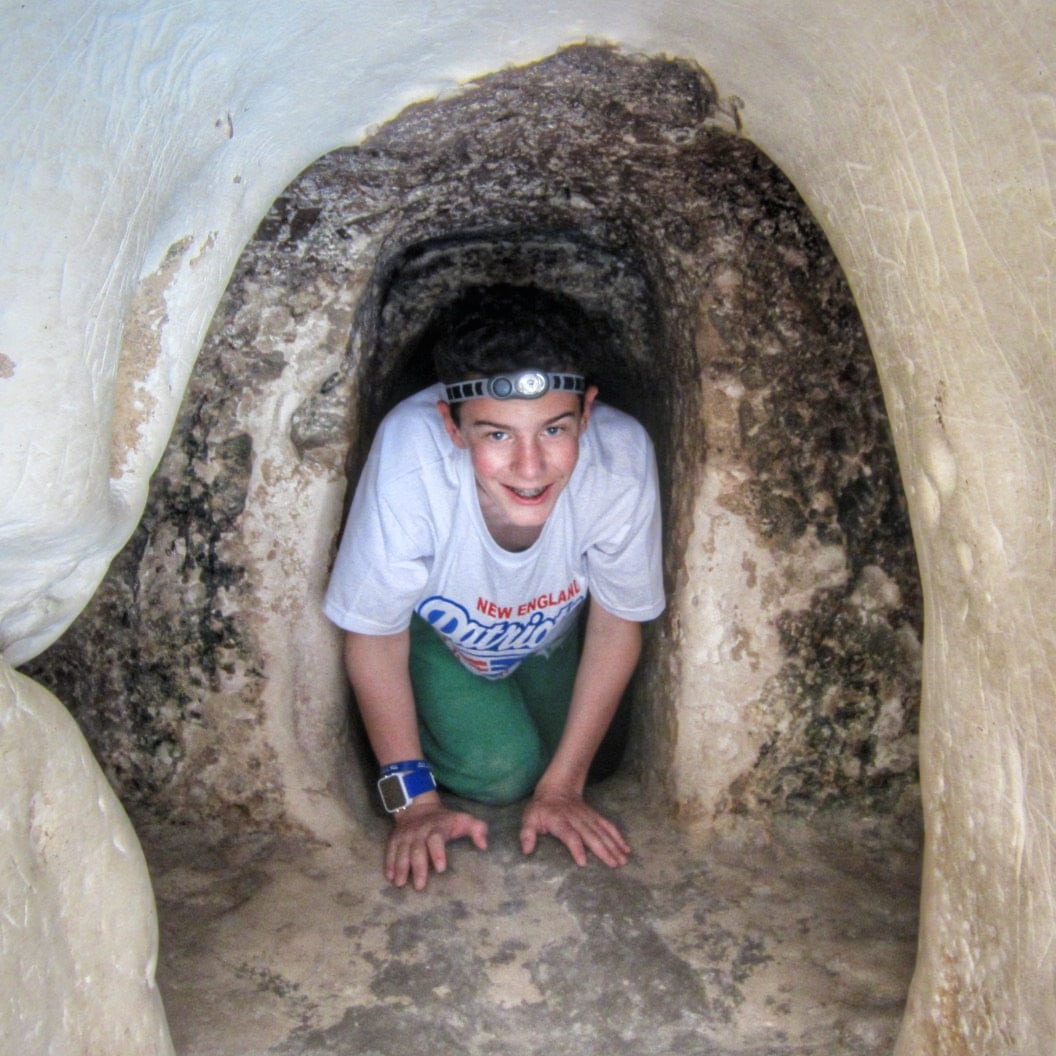 Hundreds of hideouts from the Bar-Kokhba revolt were documented by archaeologists, but only a few are marked and open officially to the public. The most popular complex is in Khirbet Midras. Crawling in these caves is a unique and extreme adventure. Some of the passages are very narrow and pitch dark. Flashlights are a must, preferably headlamps. This activity is popular mostly among youth groups, and especially among small kids.

Crawling through some Bar-Kokhba caves can be combined in a day tour of the Judean Foothills (the Shephelah).

Contact us to inquire more about a private tour to Bar-Kokhva Caves: