Set in the heart of Haifa, the German Colony is one of the city’s main tour attractions. Founded over a 150 years ago, the neighborhood was successfully restored, and is today a popular commercial and cultural center. Its old stone buildings also present a less known yet fascinating chapter in the history of the land of Israel – the modern-era Templars.

History of the Templars and Haifa’s German Colony 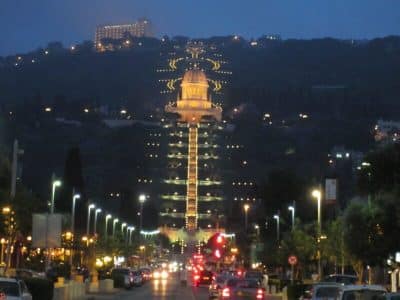 Haifa’s German Colony was founded in 1868 by a pietist German protestant congregation called ‘Templars’. Unrelated to the Medieval knight Templars, they believed in settling in the Holy Land to hasten the second coming of Jesus. Their colony in Haifa was the first of a few, including one in today’s Tel-Aviv (Sarona). These colonies were the first to introduce modern technology in agriculture and small industries in Palestine. In the 1930s many of Templars enlisted to the Nazi party, and even led Nazi Parades along the colony’s main street, ‘Carmel Strasse’. During the Second World War the British deported them, and later their properties became under Israeli Control.

Most of the former Templar homes became governmental buildings, yet were later nicely restored, and combined with trendy eateries, hotels, and boutique shops.

Today, Haifa’s German Colony is a popular hangout, with restaurants offering unique culinary experiences, reflecting the city’s mixed population. Especially if staying in Haifa, it is recommended to stay in the vicinity of the German Colony and absorb its special nightlife, including the lit up Bahai Gardens in the back.

A tour of Haifa’s German Colony can be combined with a day tour in the north.