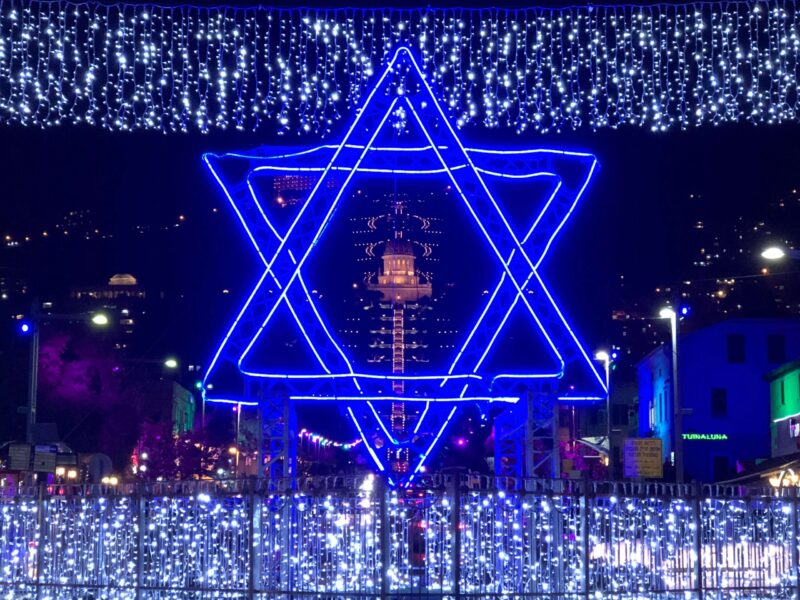 Set at the northwestern corner of the Carmel, Haifa is the third largest city in Israel. Its main expansion took place in the 1930s, when the British developed a large port in the city for transferring Petrol from Iraq. Today, the port is also used by cruise boats, and is a popular starting point for a day tour of northern Israel. Although the city itself has the reputation of a working city, it does have several unique tour attractions.

Things to do in Haifa 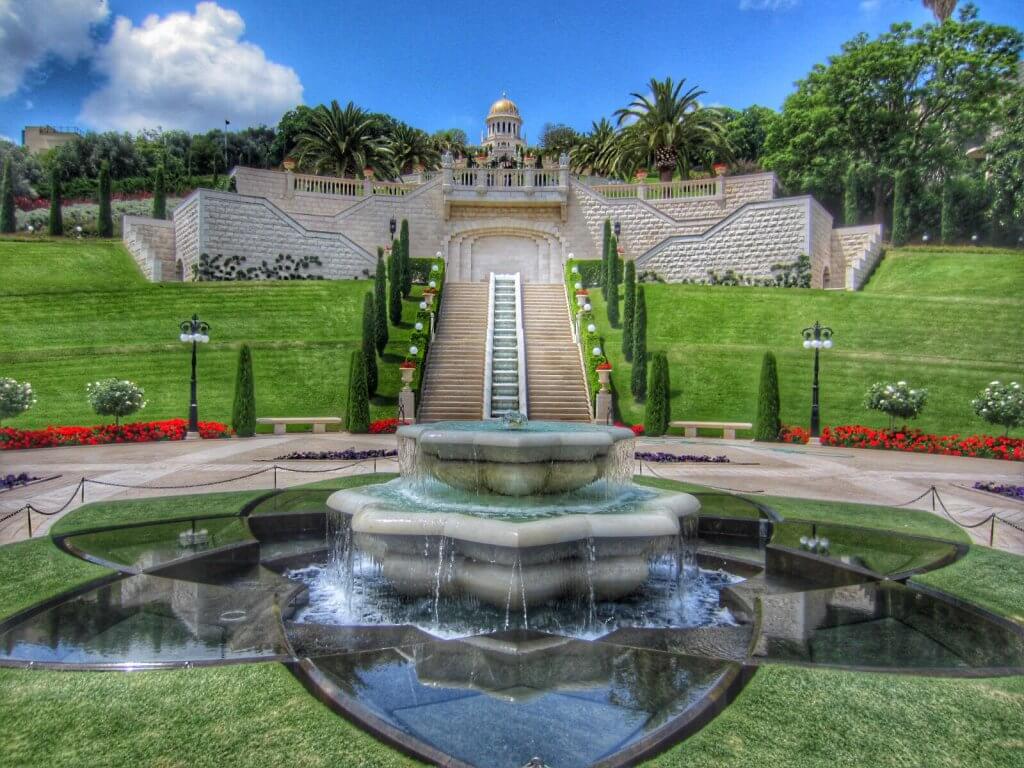 Haifa’s Bahai Gardens – Perhaps the best (and one of the most popular) tour attraction in Haifa, is a must see. The gardens are a part of the Bahai world headquarters, as well as UNESCO World Heritage Site. The 18-terrace garden was completed in 2001 and is popularly known for its tranquil energy and its spiritual significance within the Bahai faith.

Stella Maris – Set at the pinnacle of the Carmel, Stella Maris Monastery is a remarkable landmark in Haifa and the international headquarters of the Carmelites. The Carmelite monastic movement was established in the Crusaders period, and in 1767 acquired a plot above Elijah’s Cave for a new monastery. The monastery’s main church is thoughtfully painted with detailed scenes from both the Old Testament and the New Testament,

Elijah’s Cave – Subtly hidden under the tip of Mt. Carmel, Elijah’s Cave is known as the place where Elijah hid from Queen Jezebel (1 King 19). The site is venerated since the Byzantine period, possibly even earlier. Today, it’s a holy place for Jews, Christians, Muslims and Druze. Although it strongly resembles a synagogue, it is open to all. 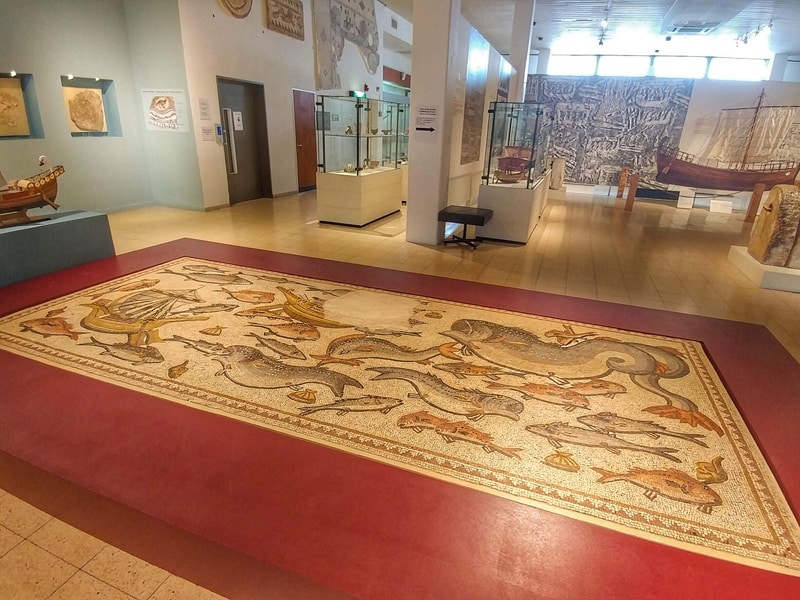 National Maritime Museum – Located opposite of Elijah’s Cave, and close to Haifa’s coastlines, the National Maritime Museum in Haifa is a must see for anyone fond of seafaring. The museum presents 5 millennia of naval history, from prehistory to modern times. Founded in 1952, the museum consists of Aryeh Ben-Eli’s private collection. He was the founder and first director of the museum.

Haifa’s Science Museum (“Madatech”) – In 1987, after serving as a building for the Technion, MadaTech was declared Israel’s National Museum for science, design, technology and space. For over 30 years, MadaTech has been working diligently towards its mission of teaching Israel’s younger populations and general public about science and technology through engaging and fun activities and exhibitions.

‘Technion’ Institute of Technology Visitor Center – Officially opening its doors in 1924, Technion- Israel Institute of Technology became Israel’s first university, determined to revolutionize scientific and technical education. Jews during the early 1900s were commonly targets of anti-Semitism and often banned from studying science and technology. Technion was on a mission to demolish that. The David and Janet Polak Visitors Center gives the public first-hand experience of what Technion has to offer.

Hecht Museum – Located at the University of Haifa, the Hecht Museum opened its doors in 1984. The mind behind this project is credited to Dr. Reuven Hecht, and he dedicated himself to it fully until he passed away in 1993. This museum is well-known for having collections of archeological artifacts from the Canaanite period to the end of the Byzantine period. Dr. Hecht was mostly interested in collecting artifacts that had great significance for the history of Jewish people.

A tour of Haifa can be combined with a day tour to Caesarea.

If staying in Haifa or coming by cruse to Haifa port, we can also offer a tour from Haifa to Nazareth and the Sea of Galilee, to Tel-Aviv, or to Jerusalem.

Points of Interest near Haifa

Druze Villages – The Druze people are an Arabic-speaking ethnoreligious group established in the 11th century CE in Egypt. Uniquely, the Druze living in Israel are loyal to the state. They serve in the Israeli Defense Forces and have a special standing in Israel’s political realm. The Druze villages, located in the Carmel, are popular destinations. Druze families commonly sell homecooked meals (absolutely delicious!) and have bed and breakfast rentals in their villages. They are most popularly known for their markets and restaurants. 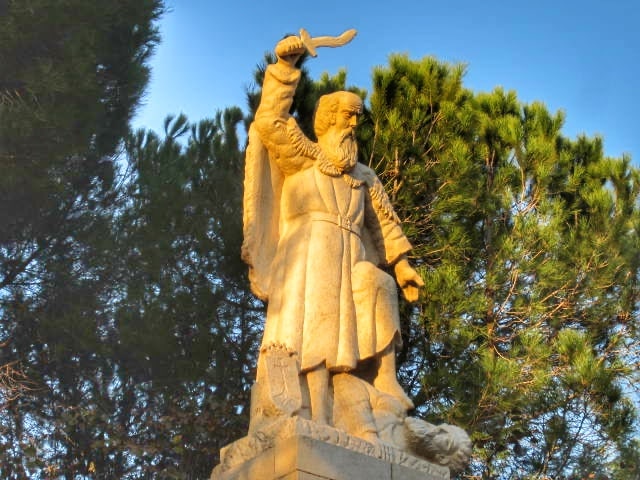 Muhraqa – A popular pilgrimage destination, the Muhraqa is a monastery standing on a cliff in the Carmel mountains. This site marks one of the most spectacular events in the bible, a contest between Jehovah, the God of the Israelites and the Pagan deity of Ba’al. Today, it’s maintained by the Carmelites. This site offers breathtaking, panoramic views of the Jezreel Valley, the Galilee and the Mediterranean coast.

Atlit Detainee Camp – About 12 miles south of Haifa, Atlit Detainee camp was established in 1938 by the authorities of the British Mandate for Palestine. Its main purpose being to detain Jews attempting to reach the Land of Israel, as part of their policy to limit Jewish immigration to Palestine. The camp operated until 1947. In 1987, the site was converted into a museum presenting the history of the camp, and the Jewish clandestine immigration during the British Mandate period.

Crusaders Fortress – 13 miles south of Haifa, the Medieval Fortress of Atlit was built in 1218 CE by the Templar knights to reinforce their hold along Mediterranean coastline. The fortress stood effectively against Muslim attacks and was the last Crusaders stronghold in the Holy Land. It was eventually cleared in August of 1291, when the last of the Templars left to Cyprus and Malta. Unfortunately, today this site is part of an Israeli military base, limiting civilian access.