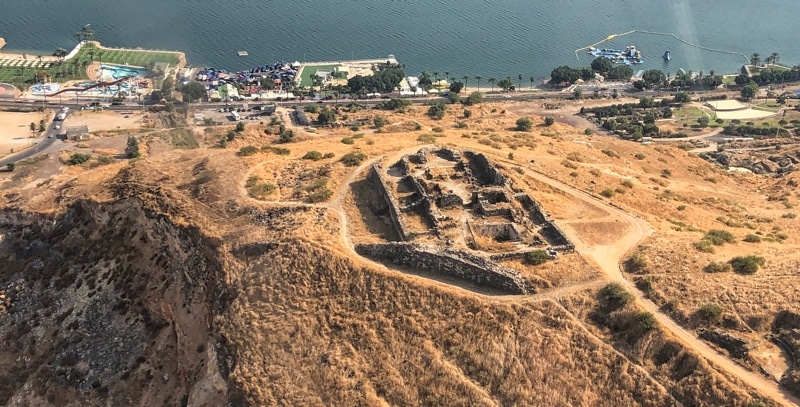 Mount Berenice is a jagged cliff towering 700 feet above ancient Tiberias. It is named after Berenice, a Jewish Queen who almost became an empress. Archaeologically the site bears remarkable remains of a church from the Byzantine and Crusaders periods, which was commemorating a sacred stone anchor.

History and Archeology of Mount Berenice 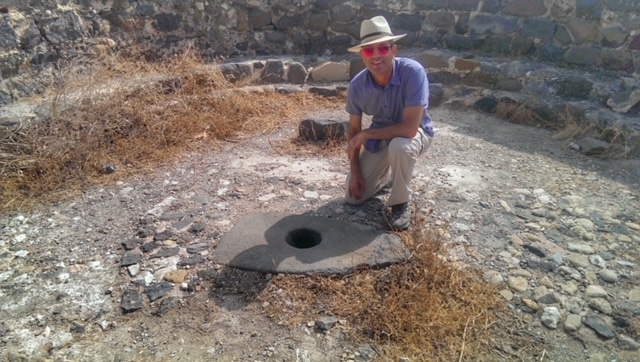 Set above Roman-era Tiberias, Mount Berenice was believed to be the city’s citadel or palace, as its Arabic name was “Qasr Bint el-Malek” (=Fort of the princess). However, archaeological excavations at the site uncovered remains of a grand church from Byzantine and Crusaders period on an eastern spur of the mountain. Measuring 160 by 90 feet, the church was apparently commemorating a big stone anchor, which was found in its apse. Weighing over 1000 pounds, the 3.5 toot long perforated stone was probably attributed to Jesus or his Disciples, and so was venerated by the local community. Alternatively, perhaps it was placed as a symbol to solid Christian faith (“We have this hope as an anchor for the soul, firm and secure” (Heb. 6:19). The state of Israel named the mountain after Queen Berenice, although historically, nor archaeologically, she does not seem to relate to the site in any way.

Berenice was the daughter of Herod Agrippa I, and younger sister of Herod Agrippa II. At a young age she was married, and widowed, three times. Later, she co-reigned with her brother, and some historians suggest she committed incest with him. In 59/60 CE Herod Agrippa the II and Berenice heard Paul’s plea in Caesarea (Acts 25-26). Later, when Vespasian and Titus lead the military operation to suppress the Jewish great revolt (66-70 CE) They supported them. After conquering and destroying Jerusalem, Titus invited Berenice to Rome, but when he was proclaimed emperor he was pressured not to appoint the Jewish queen as empress. Berenice returned to Judaea, and her whereabouts later are unknown.

A narrow and steep 1-mile long dirt road leads to the top of Mount Berenice from Tiberias. If ascending by car it should be done with much caution as the road is not maintained well. The site itself is open to all, free of charge. Besides the remains of the magnificent Byzantine church, the eastern edge of the summit offers spectacular views of “Jesus’ Galilee” – the Sea of Galilee and its surroundings.

A tour to Mount Berenice can be combined with a guided day tour of the Galilee.

Contact us to inquire more about a private tour to Mount Berenice: