The Templars’ Tunnel in Akko 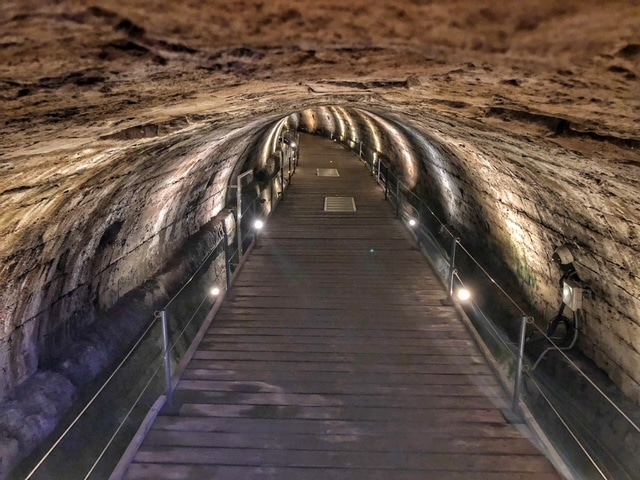 The Templars Tunnel is one of the most fascinating yet mysterious attractions in Akko‘s old city. Stretched over 500 feet, this passageway links the Templars’ ancient headquarters with the city’s port. Its layout is clear, but its purpose is still questionable.

In 1994 a resident of Akko’s old city complained of water leaks under his house. The local plumber was surprised to discover a big underground tunnel with sea water running through it. An archaeological team uncovered its full length, and pumps were installed to drain the water out and so open it to the public. Most of the tunnel is carved in bedrock and covered by a barrel vault made of hewn stones. Since the tunnel connects the city’s port with the Knights’ Templars headquarters, it was called “the Templars’ Tunnel”.

The Knights’ Templars was a monastic-military order formed in Jerusalem during the Crusaders period. Their goal was to provide armed escort and guidance to Christian pilgrims. Having their main headquarters in Jerusalem’s Temple Mount, they were called “The poor fellow knights of Chris and of the Temple of Solomon” – or in short “The Knights’ Templars”. Their complex in Akko was known for its grand design, including 28-foot thick walls, and two gilded lions over the entry towers. After the fall of Jerusalem in 1187 CE Akko’s complex became their headquarters, until its conquest by the Muslims in 1291 CE. Unfortunately, in 1840 the former Templars complex was used for ammunition storage which exploded from a British Attack. Today only its foundations are still visible, while its southern end is used as a lighthouse.

The site is open every day of the week and has an entry fee. It can be entered at both ends, one next to Khan el-Umdan, an Ottoman-era caravanserai, and the other next to renowned Uri Buri Fish restaurant. Audio-visual displays along the tunnel present further details about the Crusaders and Akko.

A tour of the Templars Tunnel, and Akko, can be combined with a day tour of Akko, Haifa and Caesarea, or a day tour in the north.

Contact us to inquire more about a private tour of Akko: