Aphek-Antipatris is a national park located next to the source of a strong perennial spring (Rosh Ha’ayin) and is at a strategic location along the ancient “International highway”, known also as Via Maris. 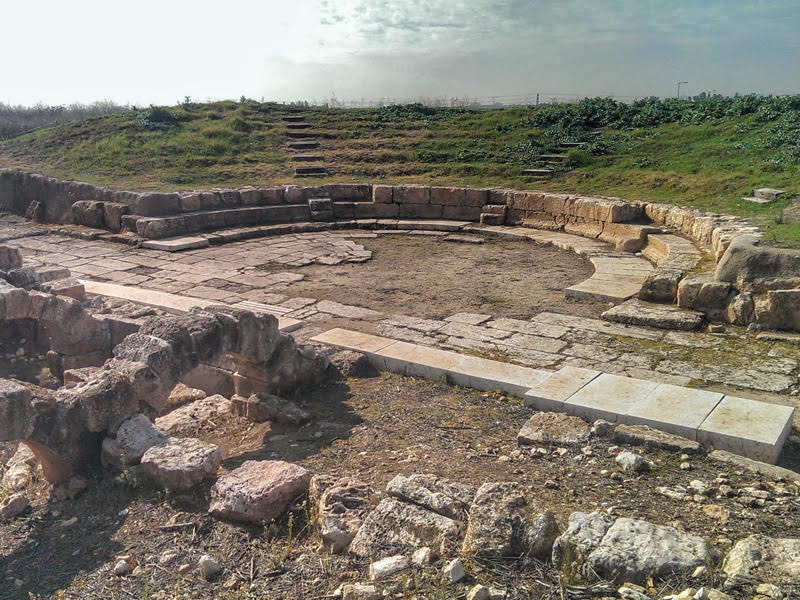 Aphek was an important Biblical site inhabited since Canaanite times. Around the 12th Century BCE the Philistines camped at Aphek. In the fields of Eben Haezer, near the site they triumphed against the Israelites and captured the ark of the covenant. In the Hellenistic period the city was called Pagae, but in 9 BCE Aphek-Pagae was re-founded, by King Herod, and was re-named Antipatris. It was rebuilt as a Greko-Roman city, and named after Antipators, Herod’s father. Under that name the city is mentioned, once, in the book of Acts (23:32-33). Paul spent a night in Antipatris, on his way from Jerusalem to Caesarea.

Antipatris and the New Testament

Paul was a Jew from Tarsus who witnessed the stoning of Stephanus in Jerusalem. Later he zealously persecuted the early followers of Jesus. Yet his dramatic conversion to Christian faith, on his to Damascus, made him into one of the biggest advocators of Christianity. He devoted his life to preach for Jesus as Christ and the son of God, and effectively spread the Christian faith in Greece, Asia Minor, and Italy. After his third missionary journey, Paul became involved in conflicts with “Asian Jews”, which eventually led to his arrest. Yet being a Roman citizen, Paul demanded to be trialed in Roma itself. The Roman governor consented that Paul would be sent to Rome, and he was sent, with guards, from Jerusalem to the port city of Caesarea. Since the journey from Jerusalem to Caesarea was more than a day “the soldiers, carrying out their orders, took Paul with them during the night and brought him as far as Antipatris. The next day .. the cavalry arrived in Caesarea.. ” (Acts 23:32-33).

Aphek-Antipatris was excavated between 1972 to 1985 by an archaeological expedition from Tel-Aviv University. The team uncovered remains from Canaanite to Ottoman times, including finds of first century Antipatris. The architectural finds include a commercial street (Cardo), a public plaza (Forum), and a small theatre in its southern end. Paul probably didn’t enjoy any of this, as he was probably held in the prison of Antipatris. In Roman times the city’s prison is usually within the governor’s administrative center (praetorium). The Praetorium of Antipatris has not been discovered yet.

Aphek-Antipatris continued to exist in Byzantine times. In the time of the Crusaders it was named Turron de Surdi Fontes. It functioned as a fort guarding the roads with neighboring Mirabel. In the 16th century the Ottomans built a bigger fort at Aphek-Antipatris and renamed it (again) to Pinar Bashi. In 1799 Napoleon found the ottoman fort deserted, and in 1917 the British bombarded the fort in their battle over the Holy Land.

Today the site is part of the Yarkon national park. The archaeological site presents a wealth of finds, from different periods. Its’ edge also provides a great panorama of the Coastal plain. Looking at the plains, one can imagine the fierce battles here between the Philistines and the Israelites, and in later periods. Near the mound a seasonal swamp presents the rich local wildlife of this region.

Contact us to inquire more about a private tour to Aphek-Antipatris: