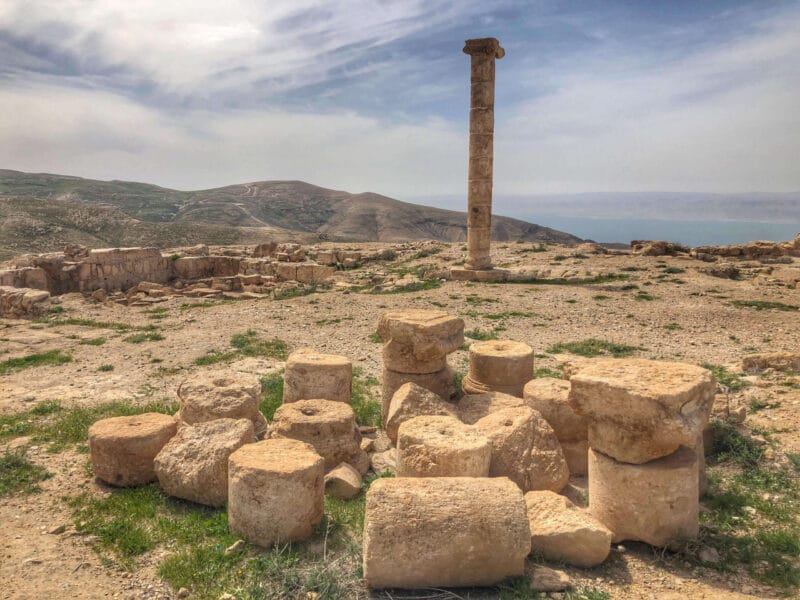 Set on a promontory east of the Dead Sea, Machaerus is one of the most important sites in Christian History. According to first century historian Flavius Josephus Machaerus was the execution site of John the Baptist. This event enhanced the unification of his followers with the followers of Jesus of Nazareth, forming the essence of Christianity. Machaerus also witnessed a great battle between the Romans and Jewish rebels. Once conquered, the site was never settled again.

History and Archaeology of Machaerus

Machaerus was first built by the Hasmonean king Alexander Janneus as another desert fort, like Alexandrion and Hyrcania. Later it was used and developed by king Herod. Josephus describes his palace as:  “after a magnificent manner, wherein were large and beautiful edifices” (War of the Jews 7.6.2). In 30 CE his som, Herod Antipas, sentenced in Machaerus John the Baptist to death.

Machaerus in the New Testament

According to the Gospels Herod Antipas imprisoned John the Baptist after being accused by him of violating the contemporary Jewish Law of marriage, since he married Herodias, his brother’s ex-wife. Furthermore, Herodias instigated her daughter Salome to dance before Herod Antipas, and requested John’s head as a reward. Herod followed her request, and so he gave an order that John the Baptist be beheaded. The site of imprisonment and execution of John the Baptist is not by name in the New Testament, but it is mentioned in the parallel description of the first century historian, Josephus Flavius “Accordingly, he [John the Baptist] was sent a prisoner, out of Herod’s suspicious temper, to Macherus, the castle I before mentioned, and was there put to death” (Ant. 18.5.2). Josephus also adds that the execution really stemmed from the fear of Herod Antipas of the piety and charisma of John the Baptist.

During the Jewish rebellion against the Romans (66-73 CE), the Jews took control of Machaerus. Yet as the Romans laid a siege around the site, the rebels capitulated before the Roman attack had begun. The rebels could leave, and the fortress was torn down, leaving only the foundations intact. The site was never settled again. 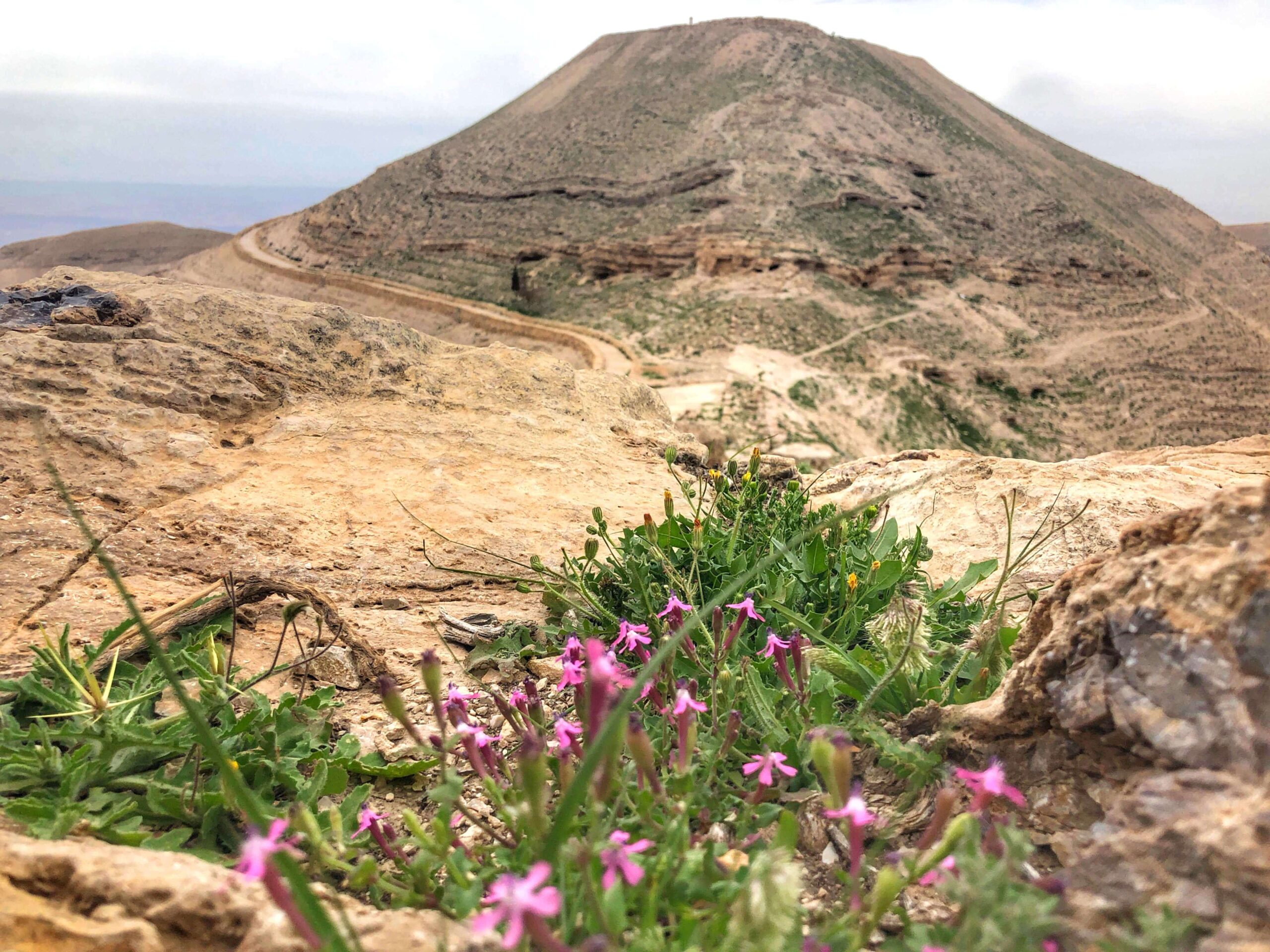 Macherus / Machaerus (Michvar in Hebrew) is identified with certainty at Qalat el-Mishnaqa (‘The fortress of the gallows’), a fortified hilltop 30 miles south east of Jerusalem. It is on the eastern side of the Jordan valley, overlooking the northern part of the Dead Sea. The site is protected on three sides by deep ravines. The Arab village of Mukawir, east of the site, is preserving the site’s name. Macaherus was first identified and visited in 1807 by German explorer U.J. Seetzen. It was later excavated by several archaeological expeditions. The excavations uncovered a palace designed around a central courtyard, with an elaborate bath, and several mosaic floors. Large water cisterns were documented on the side of the mountain, collecting rainwater channeled by an aqueduct. The lack of remains from later periods attests that the Roman destruction of the site in 72 CE was systematic and complete.

Machaerus is located at one of the most beautiful spots in Jordan. With the jaw dropping view of the Dead Sea in the back, this is one of the most inspiriting sites to capture Herodian royalty some 2,000 years ago. On a good day one can also see from here all of the other Herodian desert fortresses – Masada, Herodium, Dok, Cypros, Hyrcania, and Alexandrion. Unfortunately, only a small part of the palace was restored. The site is still waiting to be properly developed for tourism, including a visitor center. Nevertheless, it is one of the most important sites in Christian history that should be visited by every Christian pilgrim group.

A tour of Machaerus can be combined with a multi-day tour of Jordan.