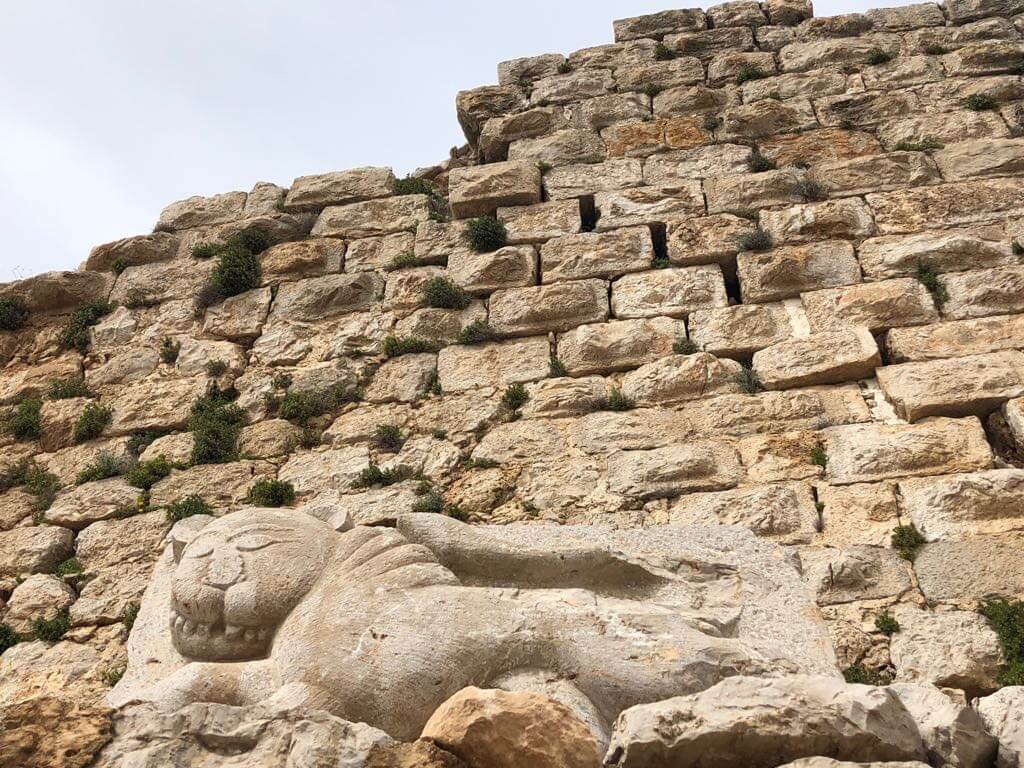 Nimrod Fortress (in Arabic: Qal’at Namrud), is a medieval castle set on a spur above Caesarea Philippi (Banias) at the northern part of the Golan Heights. Built by the Muslims to protect Damascus from the Crusaders, it is the best-preserved example of Medieval forts in the Holy Land.

History and Archaeology of Nimrod Fortress

There is little historical documentation on Nimrod Fortress, and before its excavations it was thought to be first built by the Crusaders. Yet, its excavations proved that it was founded by the Ayyubids, most likely to protect Damascus from a potential attack of the Crusaders in the time of the Sixth crusade (1228-1229 CE). Foundation Inscriptions found at the site indicate that Nimrod Fortress was first built in 1229 CE, by Al-Aziz Uthman, the second son of Saladin. Several decades later, the Mamluk Ruler Baibars enlarged the fort, but after the fall of the Crusaders kingdom in 1291 CE the fortress lost is strategic value. Centuries later, it was used for a short period as a prison, by the Ottoman Turks, yet by the end of the 16th century CE it was abandoned. Druze settling in the area in the 19th century associated it with the biblical figure of Nimrod (Genesis 10:8-11). It is also known by another name Qal’at al-Subeiba (in Arabic: Castle of the big Cliff).

After the Six Day War, Israel developed Nimrod Fortrees and opeened it for visits. Today, the site is a National park maintained by the Israeli National Parks Authority. It is open every day of the week and has an entry fee.

A tour of Nimrod Fortress can be combined with multi-day tour in Israel that will include exploring the Golan Heights.

Contact us to inquire more about a private tour Nimrod Fortress: