Home  >  Places to visit in Northern Israel   >  Tomb Mark of the Matriarchs, Tiberias

Tomb Mark of the Matriarchs, Tiberias 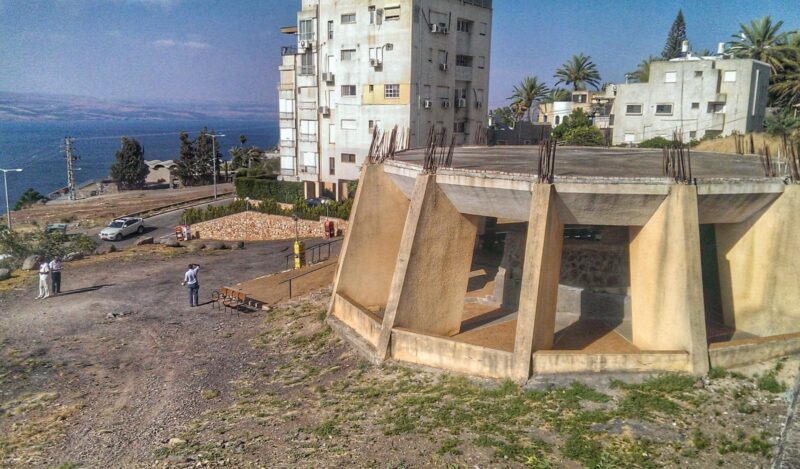 The Tomb Mark of the Matriarchs in Tiberias is revered by a some religious Jews as the burial of several women figures in the bible: Jochebed (Moses’ mother), Miriam (Moses’ sister), Zipporah (Moses’ wife), Elisheva (Nachson’s wife), Bilhah (Rachel’s maid), Zilpah (Leah’s maid), and Abigail (David’s wife). The Tomb mark is on the northern slopes of modern Tiberias, overlooking Wadi Abu el-Amis, today’s Nahal Reket. Some scholars suggest that its Arabic lead religious Jews to associate it with Moses. But as Moses himself is buried on Mount Nebo, this burial mark was associated mostly with women that relate to Moses.  In the British Mandate period, the tomb mark was associated with R. Izaac Naphcha.

Touring the Tomb of the Matriachs Tomb Mark in Tiberias

The tomb mark is a round and open cemented structure at the end of Hashomer street. It is open for all, every day of the week. Religious Jewish women favor praying at the site for blessing their fertility and loved husband if he is away. The site also provides nice panoramas of the Sea of Galilee and its surroundings.

A tour of the Tomb Mark of the Matriarchs can be combined with a guided day tour of the Galilee.