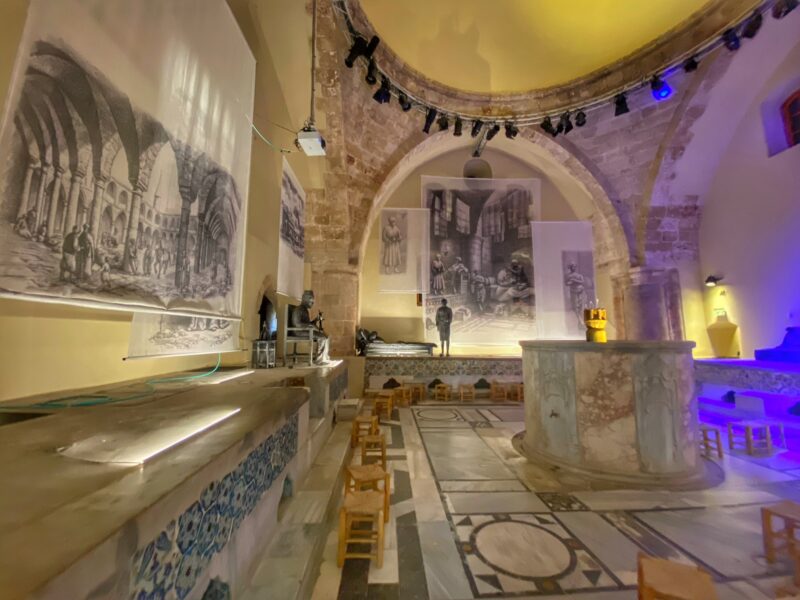 Set in the heart of Akko‘s old city, behind Al-Jazzar Mosque and next to the ‘Knights’ Halls‘, ‘Hammam al-Basha’ is a classic Turkish style bathhouse. It operated continuously from 1804 to 1947, when it was damaged by a prison outbreak of the Irgun. It was built by Al-Jazzar Pasha and was named in his honor. Together with Al-Jazzar Mosque, the Hammam marks a period of prosperity in Akko after defeating Napoleon in 1799. Al-Jazzar also installed an aqueduct to bring freshwater to the city, and a new breakwater in the city’s port. Here, wealthy members of the city gathered to relax and socialize, while getting therapeutic cleansing. In the early 21st century the Hammam was developed to a 30 minutes multimedia presentation of the Ottoman-era bath culture. Sculptures and a video presentation introduce the bath’s owners and its various attendants in an fun an engaging show which is offered in several languages.

In 2012, a new Turkish-style bath was established in Akko’s old city, near the Lighthouse.

The site is open every day of the week and charges an entry fee.  A visit to Akko’s Turkish bath can be combined with a day tour of Akko, Haifa and Caesarea, or a day tour in the north.