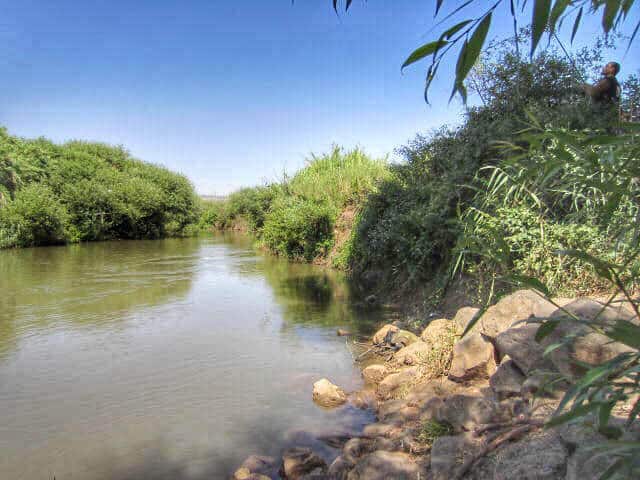 Stretching for over 150 miles, the Jordan river is the longest waterway in Israel and much of its eastern border with the Hashemite Kingdom of Jordan. Because of its role in a few biblical stories, it is also one of the most famous rivers in the world.

From its sources by the Hermon, to its estuary into the Dead Sea, the Jordan river is dotted with historical sites and nature reserves, as well as various scenic rides, hikes, and rafting options.

Historical Sites along the Jordan River

Tel Dan – An important Canaanite and Israelite city built next to one of the main tributaries to the Jordan River, Dan Spring. Aside its impressive remains of the city’s gate and cultic center, the combined historical site and nature reserve offers hikes along the stream, and wading pools for children.

Caesarea Philippi (Banias) – A neighboring city to biblical Dan that prospered in Roman times and was also in use in subsequent periods. The New Testament records Jesus’ naming Simon-Yonah, his primes disciple, “Peter”, (in Greek: Rock) in the vicinity of the city. Archaeological research uncovered a Pagan cultic center next to the city’s spring, which is another tributary to the Jordan River (the Banias stream). 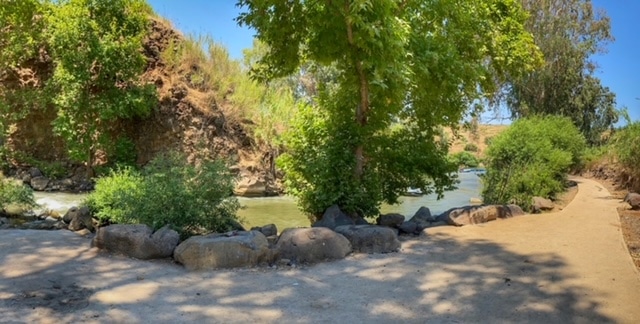 Chastellet – A Crusaders fort built, and destroyed, in less than a year, next to the Jordan River. The fort was built in 1178 CE next to an important river crossing 10 miles north of the Sea of Galilee (‘Gesher Bnot Yaakov’). Saladin led a successful Muslim assault of the fort, and it was destroyed by August 1179 CE and never built again. Next to it is a nice trail along the river’s west bank.

Bethsaida – A Roman city built next to the river’s mouth into the Sea of Galilee. The New testament records Jesus preforming a miracle at the city (Mark 8:22-26) and that 3 of his disciples were from Bethsaida (John 1:44). However later Jesus dammed the city (Matthew 21:22), and to this day its exact location is under debate.

Degania – The first ‘Kibbutz’ (communal farm) in the world, Degania was established next to the southern outlet of the Jordan River in 1910. Its pioneers formed a true equality lifestyle that was copied in the following decades by forming some 300 more kibbutzim across Israel. Today, the Kibbutz founders’ homes are a museum, presenting Degania’s special history and legacy.

Gesher – Another Kibbutz, established in 1939 next to a crossing point of the Jordan River between Tiberias and Beit-She’an. In 1948 the Kibbutz members held against two Arab attacks, during the 1948 Israel-Arab War. Today, old Gesher is a historical site, offering also a beautiful walk along the natural Jordan river. 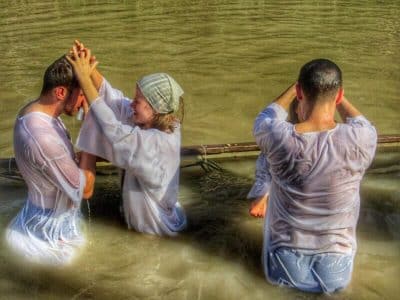 Baptism Site – The exact location of Jesus’ baptism by John the Baptist is not given in the New Testament, but a centuries old tradition places it at Qasr el-Yahud 5 miles east of Jericho.

Furthermore, the site is also said to be where the Israelite crossed the Jordan River into the promised land (Joshua 3:13) and where later Elijah crossed to be ascended to the heavens (2 King 11). Being a war zone until 1994, another site offering baptism services was developed next to the Sea of Galilee (Yardenit).

Outdoor Activities Along the Jordan River

Ayun Stream – One of the tributaries of the Jordan river, whose origins are in Lebanon, forms a beautiful set of waterfalls near the border. Being a nature reserve, the site offers a scenic hike along the stream’s rapids and waterfalls in one of the most beautiful parts of the country. Nearby, the Snir Stream also offers a beautiful family-friendly hike along the water.

Banias Nature Reserve – A 3 hours hike along the Banias stream, passing by antiquities of Caesarea-Philippi and Ottoman-era water-powered flourmills. In its southern end, the hike reaches the Banias waterfall, the biggest waterfall in Israel, and a 300 suspended trail over the river’s wild rapids.

Drive along the Jordan River Rapids – A scenic ride along a dirt road parallel to the wildest part of the Jordan river. The 10 miles long road starts at Chastellet and ends near Bethsaida, by the Sea of Galilee. At various points there area stunning views of the river, cascading down the Sea of Galilee. 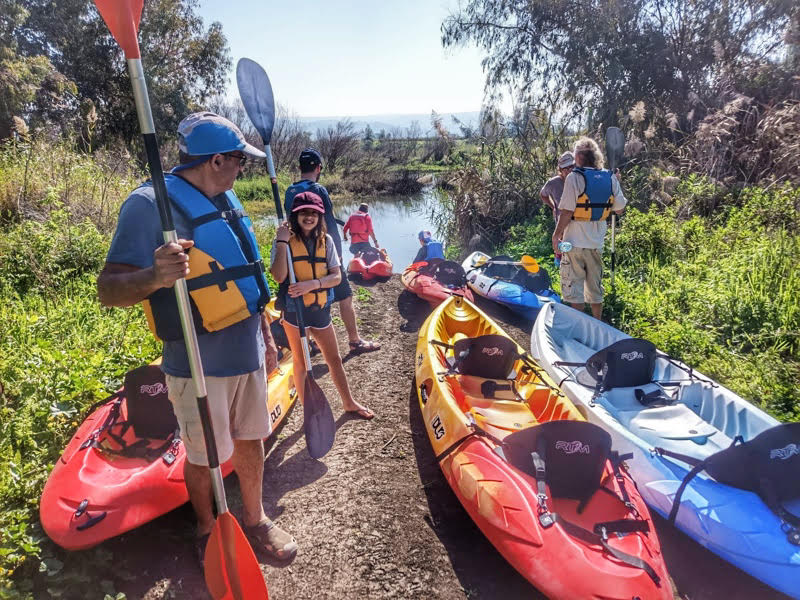 Kayaking, Rafting, and Canoeing – Whitewater rafting and kayaking rentals are available at several locations along the northern part of the Jordan River. Kfar Blum Kayaks also offers an extreme park with wall climbing and zip-lining into the river after the rafting. For those seeking a less extreme experience, Rob Roy offer canoeing along a slow flowing section of the river next to Degania and Yardenit.

Touring along the Jordan River can be combined with a day tour in the north.

Contact us to inquire more about a private tour in Israel: